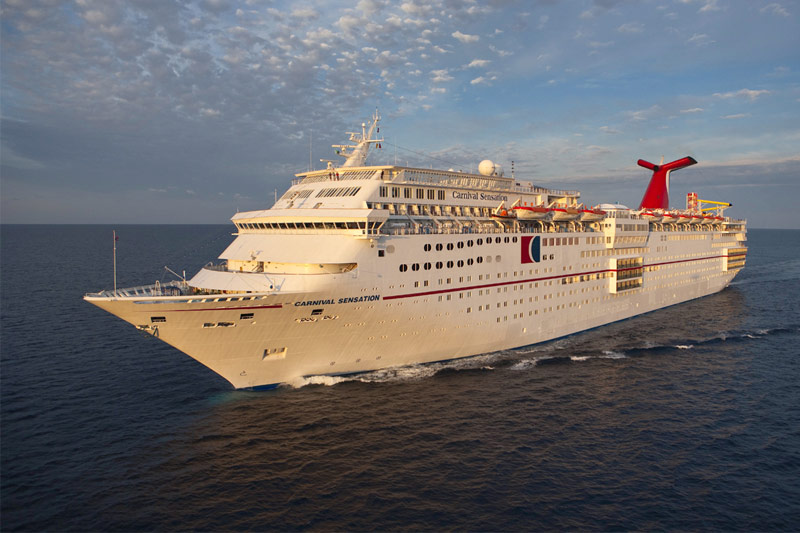 Continuing a trend that started in the early days of the COVID-19 pandemic, several older and smaller cruise ships were beached for scrapping in 2022.

While 20 new vessels entered service during the he year, a total of 18 cruise ships were also sold to scrapyards in Turkey, India and Pakistan.

For a complete market overview of ships moving between owners and leaving the market, see the Secondhand Market Report by Cruise Industry News.

Here’s a complete list of the cruise ships beached for scrapping this year:

After several years out of service, the former Fuji Maru ended its sailing career early in the year. Once operated by Mitsui O.S.K. Line, the 1989-built vessel was beached for scrapping in Gadani, Pakistan.

The ex-Carnival Fascination was beached for scrapping at the Gadani Ship Breaking Yard in 2022. Operated by Carnival Cruise Line until 2020, the Fantasy-class vessel arrived at the ship dismantling facility in February.

Originally built for Royal Caribbean International, the former Sun Viking was also beached for scrapping in February. Last used as a floating casino in Asia, the 1972-built vessel enjoyed a long career, cruising for several operators, before arriving at the Gadani Shipbreaking Yard in Pakistan.

After being retired by Carnival Cruise Line in early 2022, the Carnival Sensation sailed directly to a ship breaking yard in Aliaga, Turkey. The Fantasy-Class vessel was then beached for recycling in April, concluding its 30-year sailing career.

Last operated by Passat Cruises, the Delphin was sold for scrap value in March, as a result of an auction to settle debts of its former owners. Laid-up in Croatia since 2015, the 1975-built vessel headed to Turkey – where it was recycled along with other veteran cruise ships.

Wrapping up a 47-year cruising career, the former Salamis Filoxenia arrived at the Gadani Shipbreaking Yard in April. Dismantled at the Pakistani recycling facility, the 400-guest vessel started its life as a Soviet cruise ferry before being converted into a full-time cruise ship in the 1980s.

After serving as a floating hotel in Germany between 2018 and 2022, the SuperStar Libra was beached for scrapping in May. Formerly operated by Norwegian Cruise Line and Star Cruises, the 1988-built vessel is being dismantled in Aliaga, Turkey.

Another classic cruise ship beached for scrapping in 2022, the former Black Watch was sold to shipbreakers in Alang, India. Last operated by Fred. Olsen Cruise Lines, the 1972-built vessel had been out of service since the beginning of the COVID-19 pandemic.

After two years of being laid up in Greece, the former Marella Dream was beached for recycling at the Aliaga Shipbreaking Yard in June. The 55,000-ton vessel was retired by Marella Cruises in 2020 and spent several months anchored at the Elefsis Bay.

The Star Pisces became the first ship of the former Star Cruises fleet to be beached for scrapping. After seeing its operator become insolvent in January 2022, the 1991-built vessel arrived in Alang for recycling in July.

Out of service since early 2019, the former Saga Pearl II started its dismantling process in July. Sold to Turkish scrappers, the ship was built in 1981 and sailed for several operators, including Saga Cruises and TransOcean Tours.

Wrapping up a five-decade career, the Golden Iris was also sold for scrapping in 2022. Last operated by the Israel-based Mano Cruises, the 1977-built vessel was beached at Turkey’s Aliaga Shipbreaking Yard in July.

With Pullmantur filing for insolvency in mid-2020, the Horizon ended up sold for scrapping in 2022. After spending two years anchored at the Elefsis Bay, in Greece, the vessel was beached in August, concluding a 32-year sailing career.

In September, the Marella Celebration was beached for scrapping in Aliaga. Last operated by Marella Cruises, the 1984-built vessel spent two years anchored in Greece before being sold to the Turkish shipbreakers.

After almost three years in limbo, the former Zenith was sold for scrapping in 2022. Originally built for Celebrity Cruises, the 1992-built vessel also sailed for Pullmantur Cruises before being sold to Peace Boat in 2019. Renamed TSM Singapore, the ship was sold again before being beached in India.

Following the Sensation, the Carnival Ecstasy was beached for scrapping in November. Soon after retiring from Carnival Cruise Line’s fleet, the Fantasy-Class ship sailed to Aliaga, where it’s currently being dismantled.

In November, after spending several months laid up in Sri Lanka, the ex-SuperStar Aquarius was beached for scrapping in India. Previously operated by Star Cruises, the 1993-built cruise ship is now being dismantled along with its sister ship, the former SuperStar Aquarius.

Similar to the SuperStar Gemini, the former SuperStar Aquarius was beached for scrapping at the Alang Shipbreaking Yard in November. Previously, the ex-Star Cruises vessel spent several months laid up in Sri Lanka.