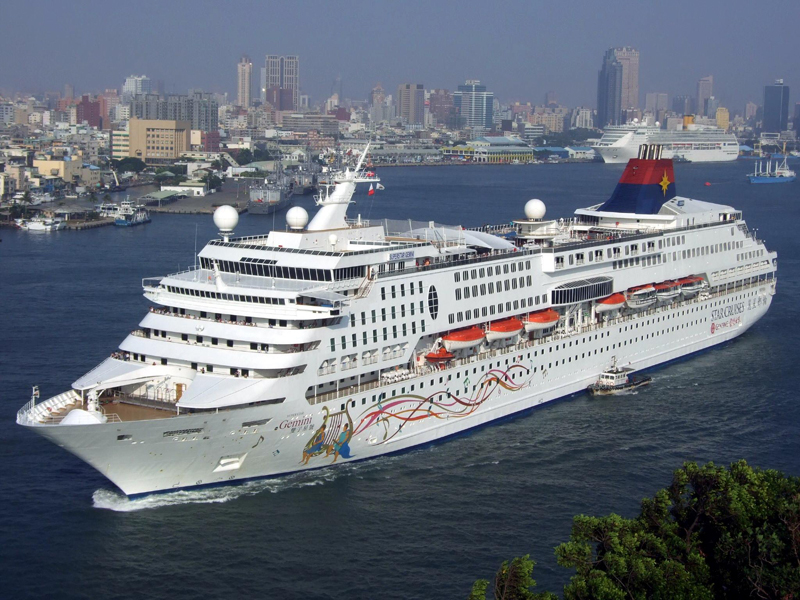 Formerly operated by Star Cruises, the sister ships will now be scrapped at the Alang Shipbreaking Yard, in India.

During the process, the vessels – which were renamed MV Arius and MV Gem for their last voyages – will be dismantled, with building materials, fixtures and systems being removed for repurposing or recycling.

Previously serving the Asian cruise markets, the 50,000-ton sister ships were out of service since the start of the COVID-19 pandemic.

After the collapse of Genting Hong Kong, who owned Star Cruises, the ships ended up sold to new owners in May.

While expected to be scrapped, the Aquarius and the Gemini initially remained laid-up at the Hambantota International Port, in Sri Lanka – where they arrived in late June.

Constructed at the Chantiers de l’Atlantique shipyard in France, the 2,000-guest sister ships were built for Norwegian Cruise Line.

After entering service as the Windward in 1993, the SuperStar Aquarius was transferred to Star Cruises – which, at the time, was part of Norwegian’s business conglomerate – in 2007.

The vessel also spent time sailing as the Norwegian Wind, offering itineraries mainly in North America and the Caribbean.

The SuperStar Gemini, meanwhile, debuted in 1992 as the Dreamward.

After being renamed Norwegian Dream in 1998, the vessel continued to serve the North American market through 2012, when it acquired by Star Cruises.

Other ships formerly operated by the Asian cruise line were also sold to scrapyards this year, including the ex-SuperStar Libra.

More recently service as a floating hotel in Germany, the vessel was beached for dismantling at a Turkish shipbreaking yard in May.

In July, the Star Pisces also started its recycling process in Alang.