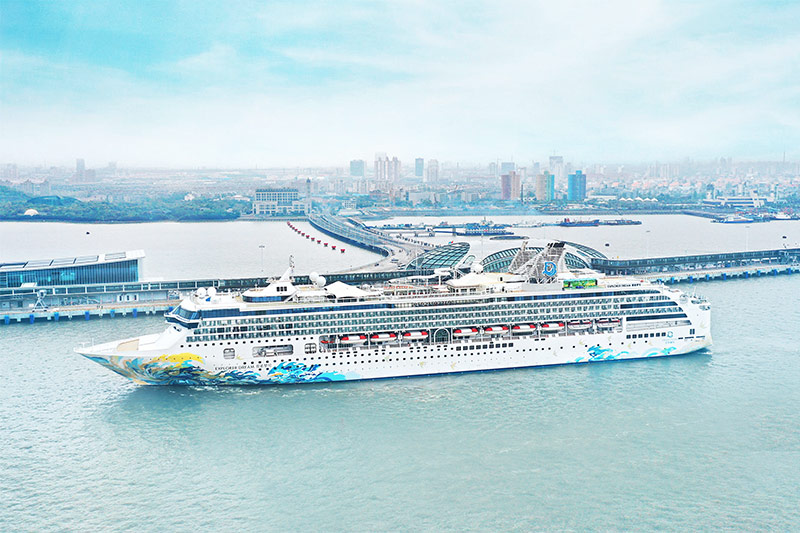 One year after the collapse of Genting Cruise Lines, most of its former fleet has now met its destiny. While most of the vessels were sold for further service, other ships ended up being scrapped and one is still waiting for a decision on its future.

After several months of undefinition, the unfinished Global Dream was sold to Disney Cruise Line last November. The U.S.-based cruise line plans to work with the Meyer Werft shipyard to complete the ship ahead of a 2025 debut.

With a new name and innovative Disney experiences, the 205,000-ton ship is expected to sail outside the United States.

The Crystal Endeavor was sold to Silversea Cruises in July 2022. The luxury brand of the Royal Caribbean Group paid $275 million for the expedition vessel, which originally entered service in 2021.

Renamed Silver Endeavour, the 200-guest ship is currently sailing for its new operators in Antarctica.

After nearly a year laid up in Southeast Asia, the World Dream was auctioned by order of the Singapore Sheriff in late 2022.

A result for the process, however, is still to be announced by the auctioneers, who accepted sealed bids for the vessel until December 21.

After just a few months laid up in Asia, the Genting Dream was chartered to Resorts World Cruises in May 2022.

Keeping its original name, the vessel is now in service for its new operators – who are tied to the former owners of Dream Cruises – in Southeast Asia.

Formerly operated by Dream Cruises, the Explorer Dream is set to restart service for Resorts World Cruises in Hong Kong in March. The new brand will charter the ship.

The Crystal Serenity was acquired by the A&K Group after an auction in June 2022. The new owners, who also bought the Crystal Cruises brand and other assets, plan to relaunch the luxury company in 2023.

Currently in a shipyard in Italy, the 2003-built vessel is set to resume service this year, offering a series of worldwide itineraries.

Following a judicial auction, the Crystal Symphony was sold to the A&K Travel Group in June 2022.

The travel conglomerate also acquired the Crystal Cruises and the Crystal Serenity and plans to relaunch the traditional luxury brand in 2023.

After spending several months laid up in Sri Lanka, the ex-SuperStar Aquarius was beached for scrapping in November 2022.

Previously operated by Star Cruises, the 1993-built cruise ship is now being dismantled at the Alang Shipbreaking Yard.

Like its sister ship, the former SuperStar Gemini ended up being beached for scrapping in November 2022.

The former Star Cruises ship is now being recycled, with its building materials and fixtures being sold off or repurposed.

The Star Pisces was beached for scrapping in mid-2022. One of Star Cruises original vessels, the former cruise ferry ended its cruising career at the Alang Ship Breaking Yard in India.

The Taipan was sold to OM Ships, a German religious organization, in May 2022. The new owners plan to transform the 1989-built vessel into a missionary ship and floating bookshop.

Previously serving as Genting’s smallest cruise ship, the 32-cabin ship was used for charters and upscale cruises in Southeast Asia.

The SuperStar Libra is being dismantled in Turkey. After being sold to local scrappers, the vessel arrived at the Aliaga Ship Breaking Yard in May 2022.

Previously operated by Star Cruises, the 1988-built cruise ship was serving as a floating hotel at the MV Werften – a Genting-owned shipyard in Germany – since 2018.