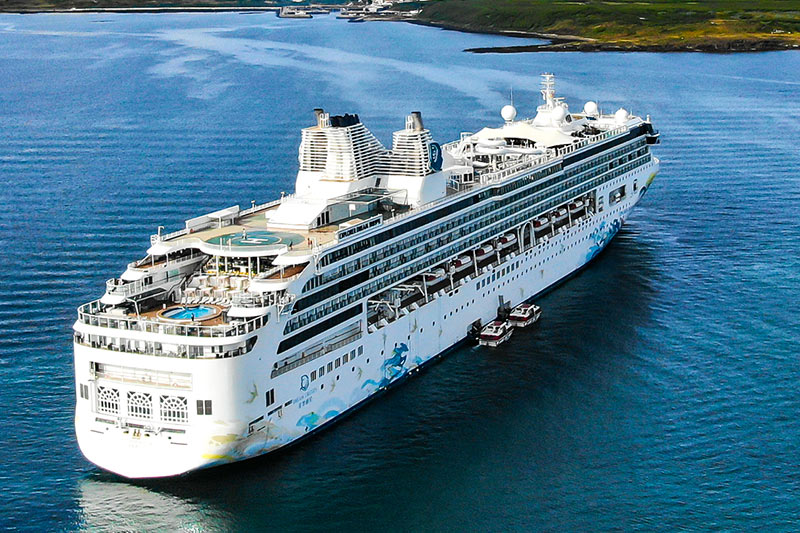 Among recent cruise ship transactions, Resorts World Cruises is expanding in Asia, an AIDA ship is heading to a new home and there is much more.

Cruise Industry News looks at some of the more relevant ship moves that took place in the last few months.

For a complete market overview of ships moving between owners and leaving the market, see the Secondhand Market Report by Cruise Industry News.

After spending several months anchored off Malaysia, the Explorer Dream found a new operator. In January, Resorts World Cruises announced plans to charter the 1999-built vessel, which will be renamed Resorts World One.

Rejoining its former fleet mate Genting Drem, the ex-SuperStar Virgo is set to debut in Singapore in February before kicking off a program of short cruises to nowhere departing from Hong Kong.

Following its sister ship AIDAvita, the AIDAaura is set to be retired from the AIDA Cruises fleet. According to an announcement issued by the German cruise line in January, the 2003-built vessel is set to offer a farewell season before being withdrawn from service next September.

AIDA hasn’t revealed future plans for the ship, which is expected to be sold as part of Carnival Corporation’s fleet optimization initiative.

The Pacific Venus concluded its last cruise for Venus Cruise in early 2023. After announcing plans to shut down its cruise operations, the Japanese cruise line went out of business on Jan. 4.

One of the market’s only three Japanese-flagged cruise ships, the Pacific Venus is now facing an uncertain future. Currently laid up in a shipyard in Japan, the 696-guest vessel was built at the Ishikawajima shipyard in Tokyo.

Set to be transferred to Carnival Cruise Line, the Costa Venezia concluded its last cruise for Costa Cruises in early December. Currently laid up in Italy, the 2019-built is scheduled for a drydock before launching service for its new operator in May.

Sailing from New York City on a year-round basis, the Venezia will be part of the new Carnival Fun Italian Style concept, which mixes Costa’s Italian heritage with Carnival’s experience and service.

In late November, Fred. Olsen Cruise Lines announced plans to rationalize its fleet and concentrate on modern tonnage. As a result, the British brand decided to retire the Braemar from service.

Currently the smallest vessel of the fleet, the 1993-built cruise ship has been laid up in Scotland since the beginning of the COVID-19 pandemic. At the time of the announcement, Fred. Olsen also said to be on the look for a buyer for the vessel, which has capacity for 977 guests in double occupancy.