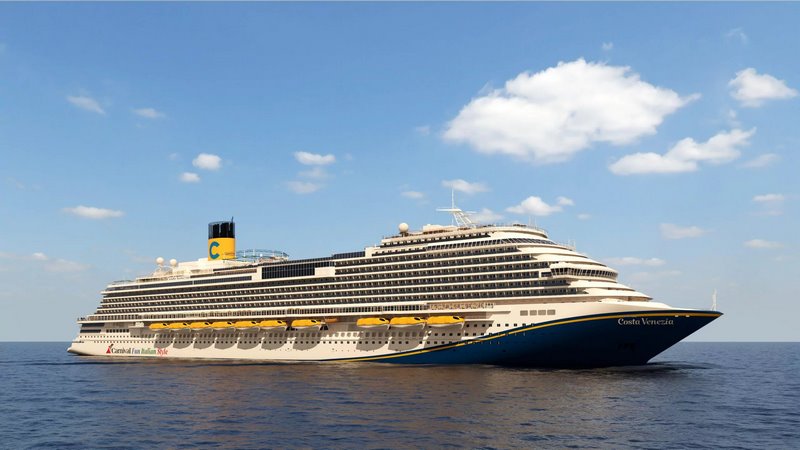 Cruise Industry News listed some of the most company’s important developments this year.

Coming to Carnival Cruise Line, the new concept will feature two ships being transferred from the Costa brand, the Venezia and the Firenze, which were designed to offer an Italian experience onboard.

Reproducing the atmosphere of Venice and Florence on its public rooms and cabins, the vessels will also feature Carnival’s signature offerings onboard, with crew, entertainment and dining choices coming from the U.S.-based brand.

More Brands and Ships Back

Carnival Corporation’s restart program was nearly completed in 2022, with most of its brands and ships resuming service around the world. Apart from some ships from Costa Cruises, the corporation’s entire fleet is now sailing with guests again.

One of the latest brands to welcome passengers back, P&O Australia resumed service in May and completed its restart program in October.

According to the company’s fourth quarter business update, two of the smaller, less-efficient vessels will come from Costa Cruises’ fleet, as part of the company’s strategy to right-size the brand in light of the continued closure of cruise operations in China.

Following a significant number of ship withdrawals in 2020 and 2021, Carnival continued to retire smaller ships from its fleet in 2022. In addition to two extra Fantasy-Class vessels, two AIDA Cruises ships were also sold during the year.

Also part of the fleet optimization program, the corporation also transferred capacity between brands and markets. The former Costa Luminosa, for instance, joined Carnival Cruise Line for service in Australia and North America.

Six newbuilds entered service for Carnival Corporation in 2022, including three that were delivered in 2021.

Princess, Costa, AIDA, Carnival and P&O also debuted new cruise ships, most of them powered by LNG – one of the greenest fuels currently available for the shipping industries.

Donald had occupied the position since 2013.

In May, for instance, the company completed the installation of nearly 600 food waste biodigesters across its fleet in support of ongoing food waste management and reduction efforts.

Carnival is also focusing on reducing non-essential single-use plastic items, along with other long-term sustainability goals that include increasing fleetwide coverage of Advanced Wastewater Treatment Systems to over 75% by 2030 and the reducing carbon emission intensity by 40% by the same year.

As part of the strategy, four LNG-powered ships also joined the corporation’s brands in 2022, bringing the total of ships in the fleet running with the greener fuel to eight.