Looking Back at the Carnival Corporation Restart 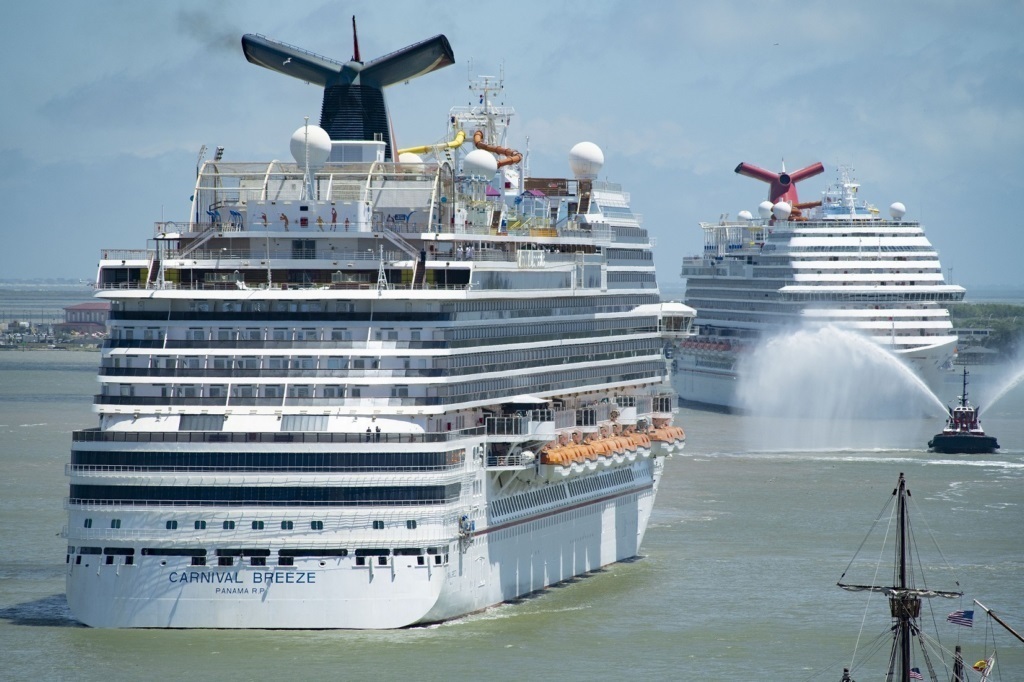 In July 2021, Carnival Cruise Line became one of the first cruise lines to resume passenger operations in the United States.

The plan was completed less then a year later, with the service resumption of the Carnival Splendor in May 2022. Marking the return of the Carnival’s entire 25-ship fleet, the vessel is now set to be followed by the new Carnival Luminosa, which will debut for the company in November.

Princess Cruises welcomed guests back in July 2021 with the Majestic Princess. Leading the way for the industry’s return toAlaska, the premium company first resumed service in the state.

Just a few weeks later, Princess also returned to the United Kingdom with the Regal Princess and the Sky Princess.

Gradually adding ships back into service, the brand later resumed operations on most of its core markets – including the West Coast, the Caribbean, the Mediterranean, Northern Europe and Australia.

Set to complete Princess’ restart, the Diamond Princess will resume service in November, kicking off its first U.S.-based program in nearly a decade.

Fourteen months after first welcoming guests back, Holland America Line marked the return of its entire fleet in September 2022. Resuming service after a humanitarian charter, the Volendam became the 11th cruise ship to resume service for the brand with a series of Mediterranean cruises.

With more vessels being reactivated over the following months, the company returned to the Mediterranean, the West Coast, the Caribbean, Canada & New England and more.

During the period, the premium cruise line also received a newbuild – the new Rotterdam.

The Seabourn Sojourn completed Seabourn’s service resumption plans in June 2022. After first welcoming guests back in July 2021, the luxury company gradually reactivated its entire five-ship fleet while offering itineraries in the Caribbean, North America and Europe.

Before the Sojourn, the Seabourn Quest welcomed guests back in the Mediterranean, while the Seabourn Odyssey resumed operations in the Caribbean and the Seabourn Encore reentered service in Western Europe.

As the first ship to return for the brand, the Seabourn Ovation initially offered a series of Greek Isles itineraries before repositioning to North America. A new ship, the Seabourn Venture, also debuted during the summer of 2022.

Costa Cruises became one of the very first contemporary cruise lines to resume passenger operations in September 2020. The Costa Deliziosa was the first ship to restart service, kicking off a series of domestic itineraries in Italy.

After additional service pauses and several changes of plan, Costa started the most recent phase of its restart plans in early 2022.

Currently, a total of nine ships are in service for the brand around Europe. While a 10th vessel, the Costa Favolosa, is set to resume service in October, two other ships are still lacking restart plans.

Anchored off Italy, the Costa Magica was previously set to be transferred to Carnival Cruise Line and now waits for a new resumption plan. The Costa Serena continues to be laid up.

Germany-based AIDA Cruises first restarted sailing in March 2021 with a series of Canary Islands cruises onboard the AIDAperla. A few months later, the company also returned to Mediterranean and Northern Europe for summer programs in both regions.

After gradually adding more vessels back into revenue operations, the brand also returned to the Caribbean and the Middle East in late 2021.

In May 2022, the AIDAaura welcomed guests back for a series of Baltic and British Island cruises, marking the return of AIDA’s entire fleet.

After a 14-month gap, P&O Cruises restarted service in June 2021 with a program of domestic cruises in the United Kingdom onboard the Britannia and the new Iona.

Upon resuming international cruising to the Mediterranean, the Caribbean and the Atlantic Islands, the company added the Ventura and the Azura into the active lineup in December.

Following the Aurora, which resumed service in March, the Arcadia marked the return of the company’s full fleet in June 2022.

Following in P&O’s footsteps, Cunard also resumed service with a series of domestic cruises in the United Kingdom. As the first ship to resume operations for the brand, the Queen Elizabeth welcomed the guests back in August 2021.

The Queen Mary 2 followed suit in November and also marked the return of Cunard’s famous transatlantic crossings a month later.

Completing the company’s fleet, the Queen Victoria returned in June 2022.

After a long operational pause, P&O Australia finally welcomed guests back in May 2022. One of the last Carnival Corporation brands to restart revenue service with Australia closed to international cruising, the company resumed its traditional Australia-based itineraries with the Pacific Explorer.

Continuing its restart plans, the company added the Pacific Encounter to the active lineup in late August.

In October, the Pacific Adventure is set to launch service from Sydney, marking the return of the company’s entire three-ship fleet.

Carnival China
With the Chinese market still closed to foreign cruise ships, Carnival’s joint venture with CSSC remains out of service. In addition to two ships under construction in China, the company’s fleet includes the Costa Atlantica and the Costa Mediteranea.