P&O’s Arvia Departs on Inaugural Cruise in the Caribbean 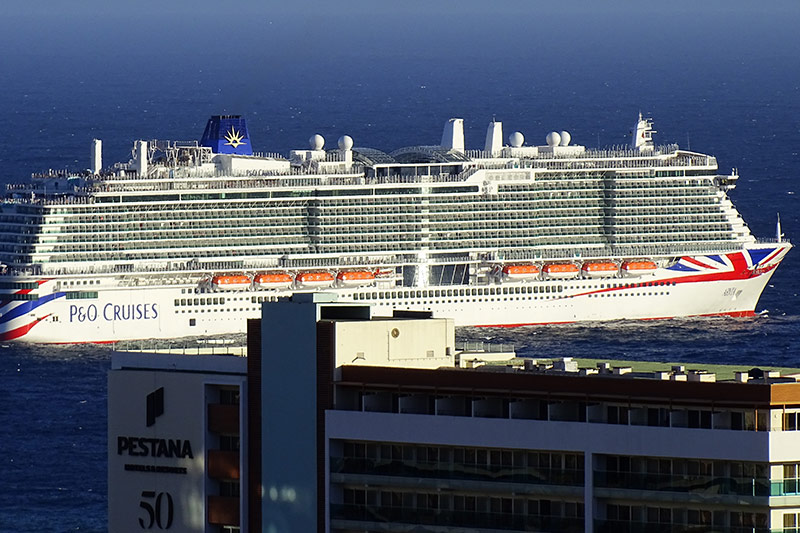 After entering service last December, the new Arvia is kicking off its inaugural season in the Caribbean today.

The LNG-powered vessel is now set to offer a series of seven- to 14-night itineraries sailing from Antigua and Barbados.

Extending through mid-March, the program includes visits to popular ports of call in Southern and Eastern Caribbean such as Martinique, St. Lucia and St. Maarten.

For its inaugural voyage in the Caribbean, the Arvia is offering a 14-night itinerary that sails roundtrip from Bridgetown and features visits to seven different destinations, including La Romana, Tortola and St. Kitts.

Before concluding its inaugural season in the region, the 183-900-ton vessel will be officially named during a beachside ceremony in Barbados.

According to P&O, the event, which will take place on Mar. 16, is set to broadcast live to a global audience and will include a week of celebratory performances and experiences onboard.

Following a repositioning transatlantic crossing, the vessel is poised to start its inaugural European program in April.

Sailing from Southampton, the ship will offer a regular schedule of summer cruises to the Western Mediterranean. The 14-night voyages include visits to Italy, Spain, Italy and more.

Built by the Meyer Werft shipyard in Germany, the cruise ship is part of Carnival Corporation’s XL Class, which also includes a series of LNG-powered vessels delivered to other brands, including Carnival and Costa.

Designed to cruise in warmer climates, the vessel offers several features, including P&O’s first high ropes experience, as well as a swim-up bar and the SkyDome – a multipurpose pool deck covered by a retracting glass roof.

The Arvia also offer guests over 30 bars and restaurants, including new venues created exclusively for the ship.