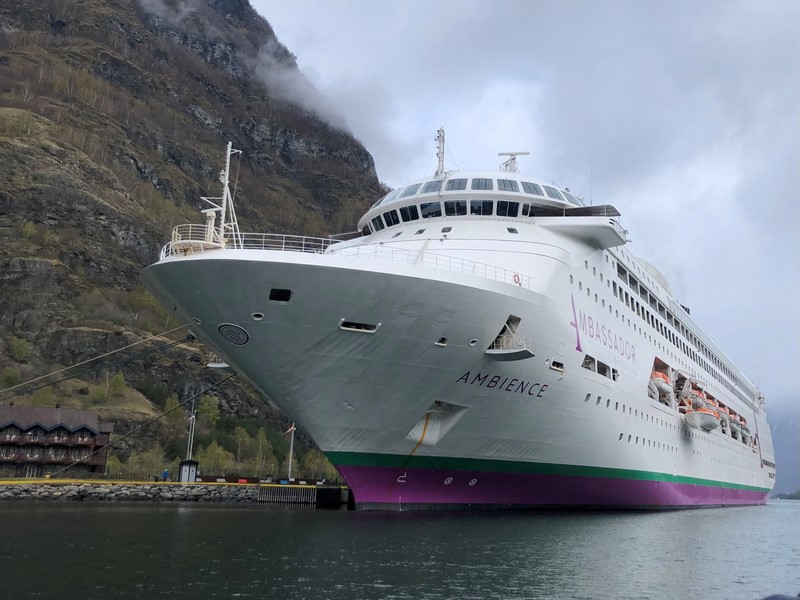 Ambassador Cruise Line launched service this spring and has been profitable from day one, said CEO Christian Verhounig.

Acquiring two ships during the pandemic, the Ambience entered service in April while the Ambition (former AIDAmira) follows next spring.

“What was very evident was that there was a gap in the market, and pent-up demand from the pandemic for no-fly cruising,” said Verhounig. “We managed to get the right investors and team behind it.”

The Ambience’s initial deployment consists of cruises ranging from four to 42 nights, and all from regional UK homeports. When the Ambition starts operating next spring, the company adds even more regional UK departure points, with 96 different itineraries on the 2023-2024 program.

Verhounig said the startup gave the company the opportunity to position itself as a brand and underscore its niche of no-fly cruising at a premium value with a high crew-to-guest and space-to-guest ratio aboard.

With the Ambience having completed a handful of sailings when Verhounig talked to Cruise Industry News in late May, he said the initial feedback had been very good.

“We managed to define the product. and guest satisfaction is extremely good. They are finding what they expect.”

The strongest demand has been seen thus far on the company’s around-Britain cruises, but longer sailings are also doing well.

Ambassador’s 42-night Caribbean and Cuba cruise, roundtrip from Tilbury, was among the first itineraries to approach the sold-out mark, Verhounig said, noting demand for very close to home, but also for longer itineraries.

The new 2023-2024 program features a 120-night world cruise on the Ambience that has so far seen what he said was massive demand. Another bucket-list-style cruise takes guests t the Amazon on the Ambition, which has also been booking well, Verhounig said.

“The very traditional booking windows are out,” he said. “In the past, the second week of January was the strongest (sales week) of the year. Now we are seeing people book very far out, and then seeing it pick up again about three months (from the sail date) … it’s very dominated by the news cycle.”

Sidestepping challenges, the company completed its refurbishment of the Ambience and launched revenue operations in tricky pandemic and business conditions.

Now the pain points revolve around the supply chain and availability of items, Verhounig explained.

“What used to take 30 days now takes three months to get,” he said.

Fuel prices are a concern, but with better planning and smart operations, there are means to counter rising costs.

The biggest fuel issue the company has had has been availability. With the Ambience set to sail from its refit in Croatia, the company couldn’t get fuel at first.

“We don’t have any challenges on the crew side. We have a strong pool of candidates. It was no problem to crew up, and we have firmed up appointments for the second vessel,” Verhounig sad.

The company is bullish on the cruise market and its place in it, having bought its second ship before it even had operated a single cruise on the Ambience.

With the Ambition laid up in Montenegro at press time, Verhounig said he was busy planning its refurbishment for later this year, including the addition of a selective catalytic reduction (SCR) system, advanced wastewater treatment and a ballast water treatment system, among other items.