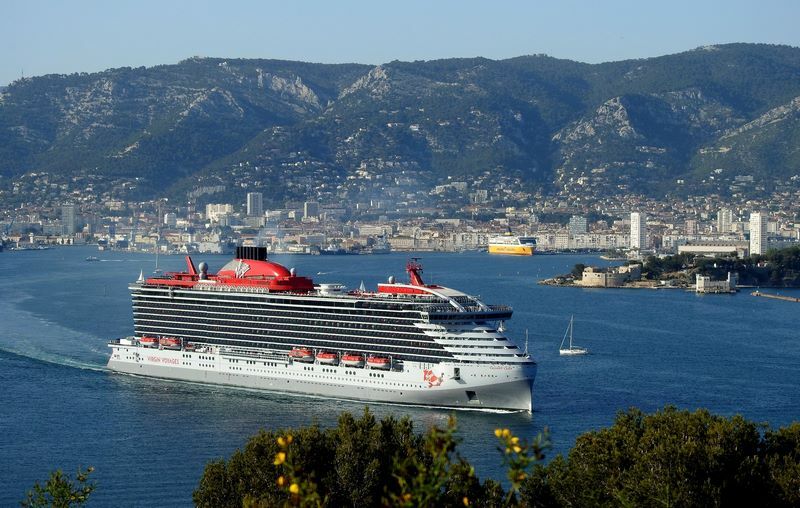 The goal for Virgin Voyages has been to eliminate the connectivity barrier for its Sailors when it comes to internet access aboard, said Andy Schwalb, director of IT.

“What was loud and clear from consumer research is that customers did not want to feel disconnected while onboard,” he told Cruise Industry News.

Working closely with SES, the new cruise brand has been able to leverage the supplier’s MEO (medium earth orbit) satellites.

“SES has beams that can follow the ship. You end up with 500 to 700 megabits or more of bandwidth at low latency, so the experience on the ships is almost as good as at home,” he said, adding the company went after the biggest and fastest available beams available.

As part of Virgin’s pricing model, all Sailors (guests) get free internet access.

“We are not only removing barriers for Sailors but also for our crew. We treat our crew better than anyone in the industry and say ‘stay connected with your families,’” Schwalb explained.

Among the innovations at Virgin this summer on the Valiant Lady is bonding two satellite beams together from SES to get more bandwidth.

“We are trialing this new piece of software in their cloud that allows us to bond two beams together to one ship to get enough capacity,” Schwalb said.

It doesn’t stop there, as the company has another trial on the new ship to test a 5G network connection.

Using a new antenna, the idea is to add more capacity or taking traffic off the satellite beams and leverage local 5G networks close to the coast or while in port.

“We are the only cruise ship today with a 5G system with functions in it to offload traffic to it when we are in cell range, which is limited to being off the coast or in a port,” Schwalb said. “We are looking at all kinds of things, including Starlink. While it’s not designed to be on a ship, we are starting a trial of that soon in Europe.”

Schwalb added: The demand for network capabilities on a cruise ship is “never going to go in any other direction but straight up.”

“Other cruise lines charge for it, which automatically limits the number of people going on it.”

With Virgin, it’s free, so everyone is on it all the time.

“I need the biggest and best we can get. All the time. We have plans for gigabit connections coming up, so we’re going to take it.”