Taranto Reports Growth In 2022 and Predicts a Similar 2023 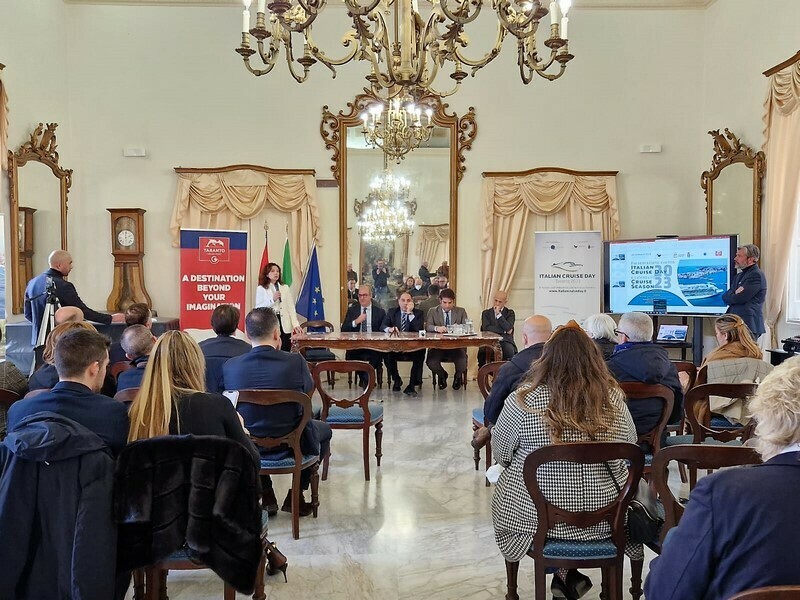 Taranto Cruise Port reflected on a successful 2022 cruise season with 93 percent growth in cruise calls at a conference held on January 20, according to a press release.

The 2023 cruise season will officially begin on May 9, with the arrival of the Celebrity Constellation followed by 40 calls from seven different cruise lines (five of which will be maiden calls) and over 110,000 passengers, confirming the stable trend of growth for Taranto Cruise Port.

“We are pleased with the results of 2022 and ready to welcome the opportunities that 2023 holds for us, including the turnaround operations for the Costa Crociere, which is a new guest to Taranto Cruise Port. We are confident that thanks to the know-how of Global Ports Holding, of which Taranto Cruise Port is a branch, and the collaboration with the Municipality and the Port Authority, 2023 will mark another successful season,” said Raffaella Del Prete, general manager of Taranto Cruise Port.

“The image of Taranto in the cruise panorama grows and strengthens and being chosen as the venue for the Italian Cruise Day 2023 is proof. This is an important opportunity to show the renowned beauties of the destination to the travel industry, together with the wide range of services and the operational capabilities with which we are equipped,” continued Del Prete.

In 2022, Taranto Cruise Port also welcomed 9 cruise ships for their maiden calls while the nationality breakdown of passengers reveals a great interest from the Italians and the French (73 percent of the total), followed by the Germans (15 percent) and Americans (12 percent).

“The role of Taranto within the cruise industry has been growing, thanks to the numerous calls of 2023 and to the opportunities offered by the Italian Cruise Day, when it comes to territorial marketing,” said Rinaldo Melucci, mayor of Taranto.

“Today, indeed, we announce this perspective that sees the Municipality alongside the Port Network Authority of the Ionian Sea and next to the operators who believe in this challenge, which aims to change the future of a city that finally cultivates its tourist vocation. We also confirm our centrality in the Mediterranean Sea, along the development horizon represented by the 2026 Games. As happened in the past, we will offer our skills and services to make the experience of cruise passengers unforgettable.”