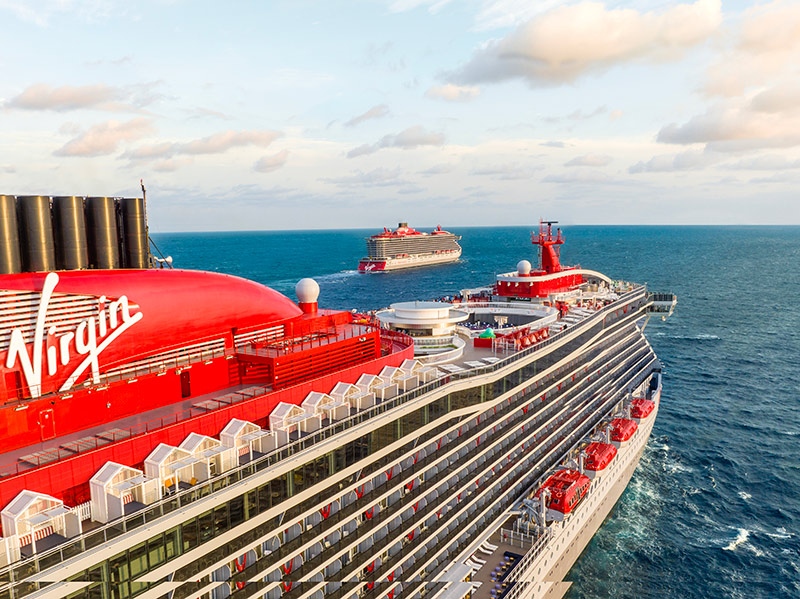 With the COVID-19 pandemic now in the past, Cruise Industry News looked into the trends and the highlights that are set to headline the cruise industry in 2023.

According to Cruise Industry News’ Orderbook data, lots of newbuilds are set to hit the market in 2023.

The vessels will expand the fleet of 20 operators, including major brands such as Carnival and MSC Cruises, as well as niche cruise lines including American Cruise Line and Swan Hellenic.

Virgin will be the brand adding the most ships, with the Resilient Lady and the Brilliant Lady scheduled to enter service during the year.

More start ups are entering the market in 2023 while other new brands are also expanding their fleet.

After debuting in 2022, other start up operators – including Ambassador and Emerald – are set to add ships to their fleets over the next 12 months.

Additional brands that could debut in 2023 include Foresee Cruises, who acquired the former Sea Princess for a local operation in China.

Crystal Cruises is making a return in 2023, under new management and ownership.

The brand, along with two former ships, the Serenity and the Symphony, was bought by the A&K Group after the collapse of the luxury cruise line in early 2022.

With details still to be confirmed, the new luxury cruise line plans to launch operations early in the year.

The first large cruise ship built in China is going to enter service in late 2023. Currently in final stages of construction in Shanghai, the still unnamed vessel is set to offer year-round cruising in Asia for Adora Cruises.

With a design similar to the one used by Carnival’s Vista-Class ships, the 135,000-ton ship will have capacity for 5,000 guests, as well as custom-designed features and public areas.

A joint venture between China State Shipbuilding Corporation and Carnival Corporation, the brand also has a sister ship currently under construction at the same shipyard.

The MSC Group is debuting a new cruise line in 2023 with Explora Journeys. Part of its expansion, the new brand will offer a luxury experience, with a fleet of purpose-built ships.

Scheduled to enter service in July, the Explora I is the first of the new mid-sized vessels.

The 922-guest ship will debut in Northern Europe, before offering itineraries in North America, the Caribbean, South America and the West Coast.

One of the most important markets in Asia, Japan is set to welcome international cruising back in early 2023.

Cruise Lines returning to the country include Princess Cruises, Holland America Line and Silversea, which are set to offer full seasons in the region starting in March.

With several ships looking for new operators, the secondhand market is set to continue warm in 2023.

Vessels like Fred. Olsen’s Breamar, the Astoria, the Pacific Venus and the Birka Stockhom are currently on the market. Meanwhile, Carnival Corporation said it would sell three more ships, including two Costa ships, on tis year-end and fourth quarter earnings call in December.

Vessels formerly operated by Genting, such as the Explorer Dream, are also presently in limbo.

The expedition market will welcome five new vessels in 2023 as vessels are set to enter service for various brands, including Swan Hellenic, Scenic and Oceanwide according to the orderbook.

Seabourn is also continuing its expansion into the niche with the addition of the Seabourn Pursuit, its second purpose-built exploration ship.

Concluding SunStone’s Infinity class of ships, the Ocean Albatros is also scheduled to debut during the year.

Disney Cruise Line is growing its operations in 2023. With the new Disney Wish sailing its first full year, the brand is set to add a new homeport in North America and also debut in Australia and New Zealand.

Starting in November, the brand is set to expand to Port Everglades, offering four- and five-night cruises onboard the Disney Dream.

A few days before that, however, Disney is also arriving in Australia and New Zealand for the first time, with the Disney Wonder offering a local program that includes itineraries sailing from Sydney, Melbourne, Brisbane and Auckland.

In 2023, Disney is also expected to reveal its plans for the former Global Dream, which was acquired by the brand last November.