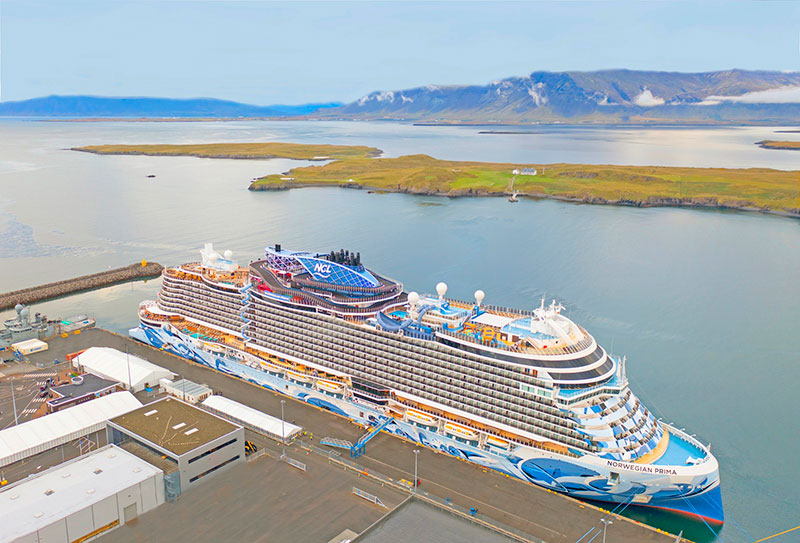 Norwegian Cruise Line is set for an eventful year in 2023, with the debut of three newbuilds, a new division for charter sailings and more.

Currently in final stages of construction at the Fincantieri shipyard in Italy, the 3,215-guest vessel is spending its inaugural season in the Mediterranean, starting in August.

Oceania’s First Newbuild in 10 Years
Oceania Cruises is also getting a newbuild in April 2023. First new cruise ship to enter service for the upper-premium brand in over ten years, the Vista is part of a new series of vessels named Allura Class.

The 1,200-guest ship was designed to exemplify all the hallmarks of the Oceania Cruises experience that guests have come to expect, the brand said. With a sister ship scheduled to follow in 2025, the Vista will spend its inaugural season in Europe.

Building on the success of the sisters Seven Seas Explorer and Seven Seas Splendor, the newbuild is being described by the brand as one of the world’s most luxurious vessels. After first welcoming guests in Europe, the 750-guest cruise ship is set to spend its inaugural season sailing in the Caribbean and Panama Canal.

Return to Asia
After seeing Regent Seven Seas and Oceania Cruises returning to the region during the 2022-2023 season, Norwegian Cruise Line is set to return to Asia in late 2023.

Two of the company’s ships are set to sail in different parts of the destination. Debuting in Asia, the Norwegian Dawn offers itineraries to India and the Middle East in December while the Norwegian Jewel spends the entire season in the region, sailing to Japan, the Far East, Southeast Asia and more.

Experiences at Sea Division
Norwegian Cruise Line Holdings is launching a new division in 2023. A combination of Sixthman Festivals at Sea, a subsidiary of NCL, and the company’s Charters, Meetings and Incentives division, Experiences at Sea will host 13 consecutive events over 66 nights this Spring.

From wrestling to nurses, comedic internet influencers, the LGTBQIA+ community and music genres, the Norwegian Pearl will serve as host to this record-breaking number of back-to-back theme cruises from Jan. 20 to Mar. 27, 2023.