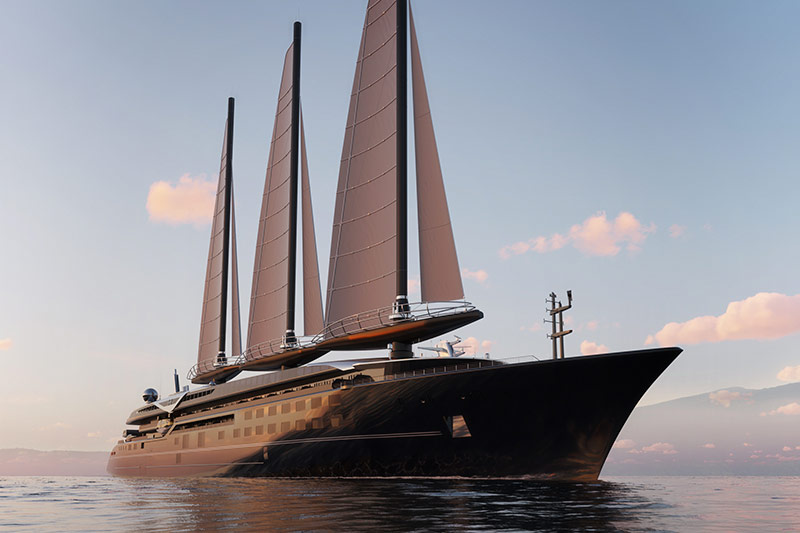 The year is off to a strong start with four newbuilds ordered in the first three weeks of January.

Cruise Industry News looks into the four ships ordered so far in 2023.

Following other hotel chains into the cruise market, the Aman Group is set to build a ultra-luxury cruise ship at the T. Mariotti shipyard in Italy. Part of the Project Sama project, the vessel will be operated by Neptune Co., which is a joint venture between the hospitality group and Cruise Saudi.

At 23,000 gross tons, the 183-meter-long ship will be able to receive 100 guests offering the experience of a ultra-luxury resort at sea, the new company said. Set to be delivered in 2026, the vessel features exterior profile and guest accommodations designed by Yacht Designers, SINOT.

With the Accor Group entering the cruise business, the Orient Express brand confirmed plans to build two 108-guest cruise ships at the Chantiers de l’Atlantique. Using the shipyard’s SolidSail design, the 22,300-ton vessels are set to become the world’s largest sailing ships when they debut in 2026 and 2027.

SunStone announced plans to add an extra ship its successful Infinity Class series. To be built at the China Merchants shipyard in China, the 8,000-ton vessel is set to be delivered in August 2025.

Chartering its ships to operators on long-term basis, SunStone is the largest provider of expedition tonnage in the market. A charter client for the newly ordered vessel, which is set to have a capacity between 120 and about 200 guests, was not revealed.