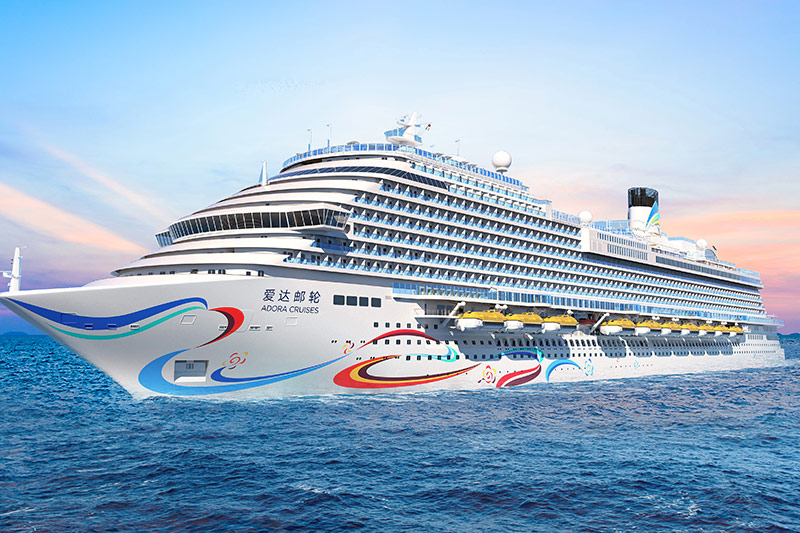 The construction of Adora Cruises’ second newbuild is progressing in the Waigaoqiao Shipbuilding Yard in Shanghai, China.

According to an update published by the shipyard, a ceremony took place on December 29, marking the start of the outfitting of the 135,000-ton vessel.

As the second large cruise ship to be built in the country, the newbuild is currently known by its project name of H1509, presumed to be the hull number.

In addition to several department heads, the event was attended by Zhou Qi, deputy general manager of Waigaoqiao Shipbuilding.

Speaking at the ceremony, Zhou Qi affirmed the efforts and achievements made by relevant departments during the first stages of construction of the cruise ship.

He also pointed out that the project team should carry out the vessel’s construction in an orderly manner, while ensuring safety, and applying the experience acquired during the construction of the first large cruise ship built in China.

Joining Adora’s first newbuild, which is set to enter service in 2023, the yet unnamed cruise ship is set to offer year-round cruising in Asia, sailing from different Chinese homeports.

With capacity for 5,000 passengers in double occupancy, the ship was purpose-designed to cater to Chinese guests and is said to present Chinese- and Western-style features, including a shopping plaza, a two-deck dining room and more.

In addition to the two newbuilds, Adora Cruises acquired two existing cruise ships, the Costa Atlantica and the Costa Mediterranea.

Still sporting Costa Cruises’ colors and features, the two vessels are currently anchored off the island of Cyprus, in the Mediterranean.

A new cruise line, Adora Cruises was revealed in late 2022. Focusing on the Chinese market, the company is a joint venture between China State Shipbuilding Corporation (CSSC) and Carnival Corporation.