Ambassador Reports Booking Revenue Is Up 341% 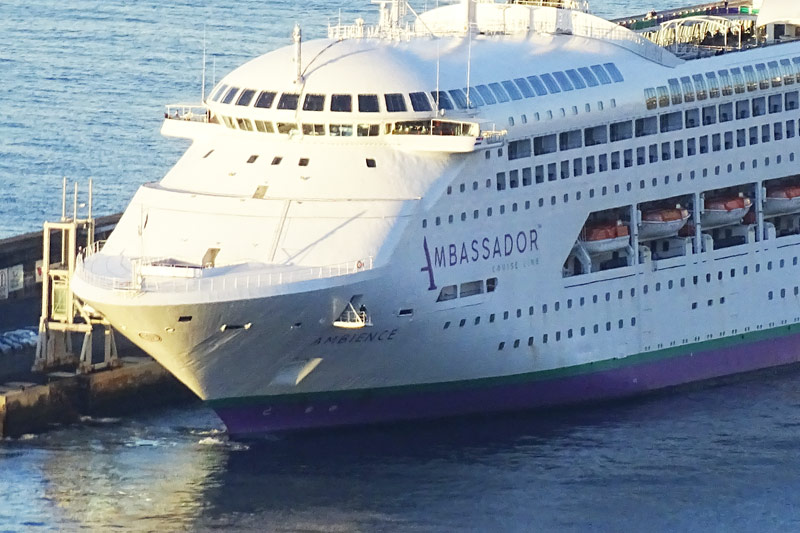 Ambassador Cruise Line said that its booking revenue was up 341 percent year-on-year for the first two weeks of January, which is a result of Brits seeking higher value for their money, according to a statement.

Ambassador commissioned a survey that showed that the expense of holidays (64 percent), fluctuating exchange rates (32 percent) and delays and last-minute flight cancellations (29 percent) have been revealed as some of the top concerns for travelers heading into 2023.

Christian Verhounig, Ambassador Cruise Line’s chief executive officer said: “We know that Brits love to travel, and despite the challenges of the current climate, people still want to have a memorable holiday in 2023.

“However, it doesn’t surprise us that we are being more mindful when it comes to spending on holidays this year – the cost-of-living crisis and airport issues are fuelling concerns for lots of travelers. What these survey findings highlight is that no-fly cruising could be the answer for those seeking true value for money when booking their next holiday experience – nowhere more so than with Ambassador, whose premium-value offering includes outstanding cuisine, amazing entertainment, exceptional service and sterling as our onboard currency,” he added.

The majority of 2,000 respondents said that they will book a holiday this year, almost two-thirds of us (60 percent) are planning to spend £2,500 or less on holidays in 2023, with one in three of us aiming to spend less than £1,000. This makes Ambassador’s valuable for guests who still want a cruising experience but aren’t prepared to spend a fortune.

“25 percent of our forward bookings have been made by guests who have already experienced the ‘warmest welcome at sea’ with Ambassador, which is an incredible achievement after just nine months of operation.  With nine out of 10 guests saying they would recommend Ambassador, our record-breaking start to the year suggests that guests are looking to book sooner rather than later to secure their cruise of choice, while also indicating that those who typically book with more established and higher-priced cruise companies are now looking to enjoy a truly authentic, premium-value experience with Ambassador in 2023.”

According to the survey, holiday spots that Brits are most interested in are the Mediterranean (41 percent), the Caribbean (21 percent), Scandinavia (20 percent) and the UK (41 percent).

The survey also showed the types of holidays people are looking for most often. About 37 percent of respondents were interested in city breaks, 33 percent in beach breaks and 25 percent in all-inclusive holidays.