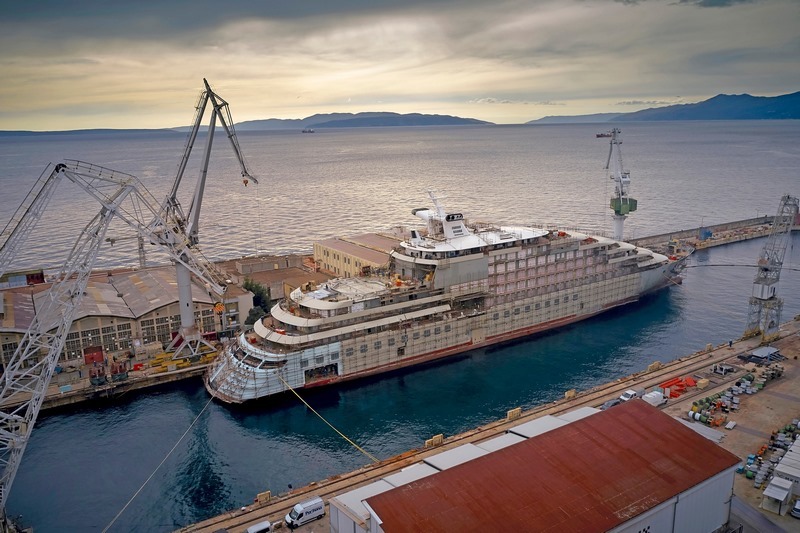 The Scenic Group shared an update on the construction progress of its newest ocean-going cruise ship, the Scenic Eclipse II.

The work on the Eclipse II’s electrical installations is close to conclusion and the main engine start up in now progress, Scenic said.

After the completion of both jobs, the ultra-luxury vessel is set to leave its building site for sea trials in mid-February 2023, the company added.

A sister to the 2019-built Scenic Eclipse, the Eclipse II was floated out in June 2022.

According to Scenic, the new ship will offer several enhancements following feedback from guests and crew who sailed on the original vessel in the series.

In addition to new features in its spa and an expanded wellness area, the Scenic Eclipse II will have a newly designed outdoor pool as well as a new bar area with indoor and outdoor seating on its top deck.

The 228-guest ship will also be equipped with a next generation custom-made submarine, the Scenic Neptune II.

Designed for expedition cruising, the vessel is classified by Scenic as a “discovery yacht.” Among its main exploration features is a fleet of Zodiac boats, an ice-class certified hull and an onboard team of expedition experts.

The process of managing the construction of the Scenic Eclipse II is led by MKM Yachts, a division of Scenic Group.

Once completed, the ship is set to depart on its maiden voyage on April 13, 2023. The 11-day cruise sails from Lisbon, Portugal, to Barcelona, Spain, and features visits to other ports in the Iberian Peninsula.

During its inaugural season, the Eclipse II is set to sail in the Mediterranean and Northern Europe, in addition to Greenland, Iceland and the Arctic.