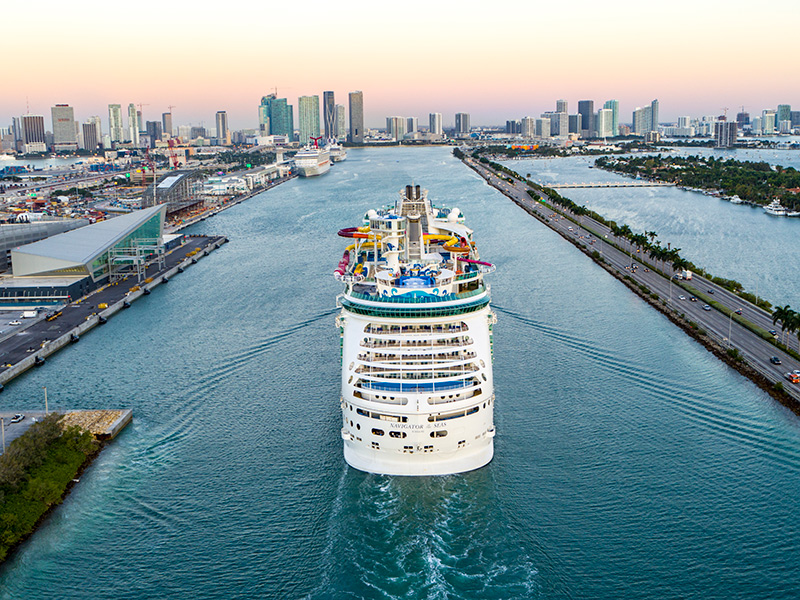 The Navigator of the Seas completed its 20th year in service this month. Part of Royal Caribbean International’s Voyager Class, the 132,000-ton vessel departed on its maiden voyage on December 14, 2002.

At the time as the world’s largest cruise ship, the Navigator debuted in the Caribbean, offering week-long cruises departing from Miami.

Sailing to both Eastern and Western Caribbean, the itineraries featured visits to popular destinations, including St. Thomas, San Juan, Grand Cayman and Cozumel.

After losing the title of world’s biggest ship to the Queen Mary 2 in 2004, the Navigator continued to sail year-round cruises in the Caribbean through 2007 – when it debuted in Europe.

For its first season in the Old World, the ship offered a series of Northern and Western Europe itineraries departing from Southampton, England. After sailing in additional destinations over the years, the Navigator of the Seas marked the return of Royal Caribbean International to regular operations on the West Coast in 2021.

For the first time in the region, the 3,100-guest ship started a year-round program of cruises to the Mexican Riviera and Baja California sailing from the World Cruise Center in Los Angeles.

The deployment features a variety of short three-, four- and five-night cruises to Catalina Island and Ensenada, in addition to week-long itineraries to Cabo San Lucas, Mazatlán and more.

Last drydocked in mid-2021, the Navigator underwent a large modernization in 2019. Part of the Royal Amplified program, the $115-million refit added new attractions to the ship, including a resort-style Caribbean pool deck, the three-level signature bar The Lime & Coconut and the first blow-dry bar at sea To Dry For.

One of the vessel’s most iconic features, the Royal Promenade was also reimagined with the creation of new restaurants, retail and nightlife.