Ocean Explorer Visits Brazil Ahead of Season in Antarctica 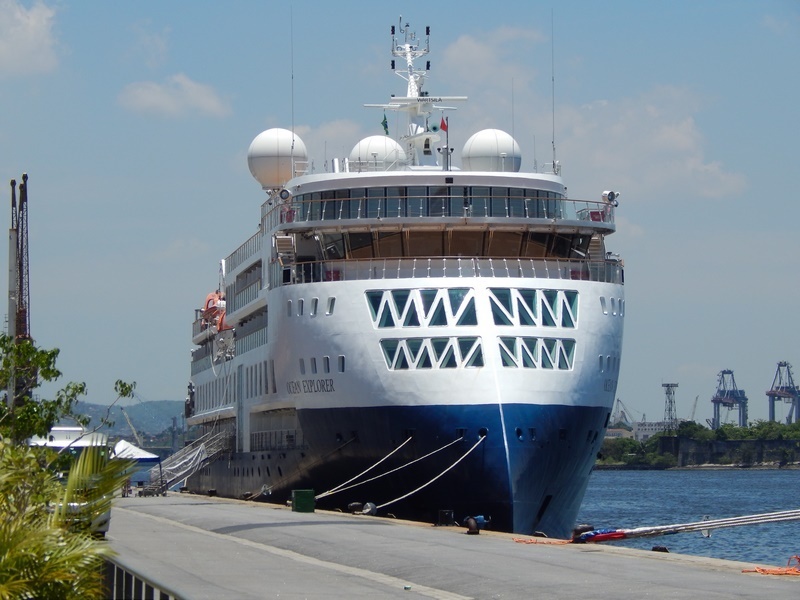 After spending the summer in the Northern Hemisphere, the Ocean Explorer from Vantage Travel arrived in South America recently.

Making its way to Antarctica, the expedition vessel, visited several ports in Brazil in December.

Part of a repositioning voyage that started in the Great Lakes, the itinerary marked the debut of the ship in the region.

Upon visits to the East Coast of North America and the Caribbean, the Ocean Explorer arrived in Brazil in late November.

The vessel then called at a total of seven ports in the country, including Vitória – where it became the first cruise ship to arrive in over three years.

The Explorer also visited Rio de Janeiro and Santos, two of the major cruise ports in the region, in addition to Fortaleza, Recife, Salvador de Bahia and Itajaí.

Continuing its way South, the CMI-managed ship is now set to visit ports in Argentina and Uruguay before arriving in Antarctica later this month.

Before starting a repositioning voyage back to the Northern Hemisphere in March, the ship is set to offer four expedition cruises visiting the Frozen Continent as well as South Georgia and other remote destinations in the South Atlantic.

The Ocean Explorer is the second ship in SunStone’s Infinity class.

Designed to sail in remote parts of the world, the 2021-built vessel is equipped with the latest technology, including a dynamic positioning system and zero speed stabilizers.

Constructed by the China Merchants Heavy Industry shipyard, the 140-guest ship was built to Ice Class 1A specs features Safe Return to Port capabilities, besides a dedicated fleet of zodiacs and kayaks.

The Ocean Explorer also has an X-Bow design as well, in addition to guest facilities that include a swimming pool, bars and restaurants, lounges, a boutique, a gym and a spa.