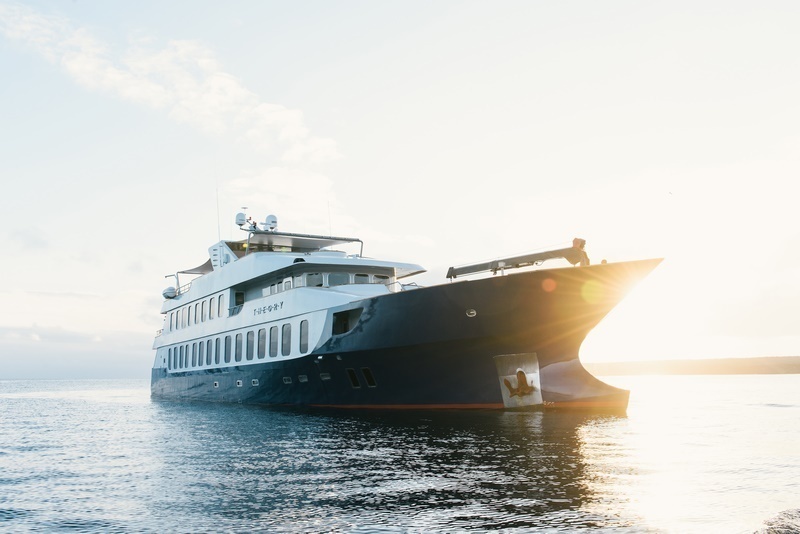 Ecoventura’s 20-passenger luxury mega-yacht, the Evolve, will make its debut on January 15, 2023, the company announced in a statement.

“Beaming traveler feedback and a growing demand for the highly personalized, upscale experience aboard Origin and Theory, led us to pursue our third luxury vessel,” said Ecoventura CEO Santiago Dunn.

“With Evolve, we continue to combine luxury and sustainability while providing intimate access to some of the most breathtaking corners of the archipelago.”

The Evolve’s debut will mark the completion of Ecoventura’s fully upgraded fleet with 10 premium cabins, featuring panoramic views from all corners, onboard amenities such as a full-time concierge, fitness center, a sundeck with loungers and daybeds, a Jacuzzi and sustainably sourced cuisine.

The company’s newest yacht will operate on Ecoventura’s current schedule, rotating between two seven-night itineraries which can also be combined into a two-week excursion.

Like its sister ships, the Origin and the Theory, the Evolve also has sustainable features and is designed to reduce fossil fuel consumption by more than 30 percent, the company said.

It also has a prototypical stabilizing system and bow design for smoother and faster sailing up to 14 knots.

Rates for voyages aboard the Evolve, the Origin and the Theory for 2023 start at $9,450 per person based on double occupancy.

The price includes all meals, beverages and snacks, an open-bar policy, including wine and spirits, guided shore excursions, snorkel equipment, glass bottom boat rides, multiple stand-up paddle boards and sea kayaks, satellite WiFi as well as transfers in the islands between the airport and dock.