Carnival Glory to Sail Out of Port Canaveral in 2024 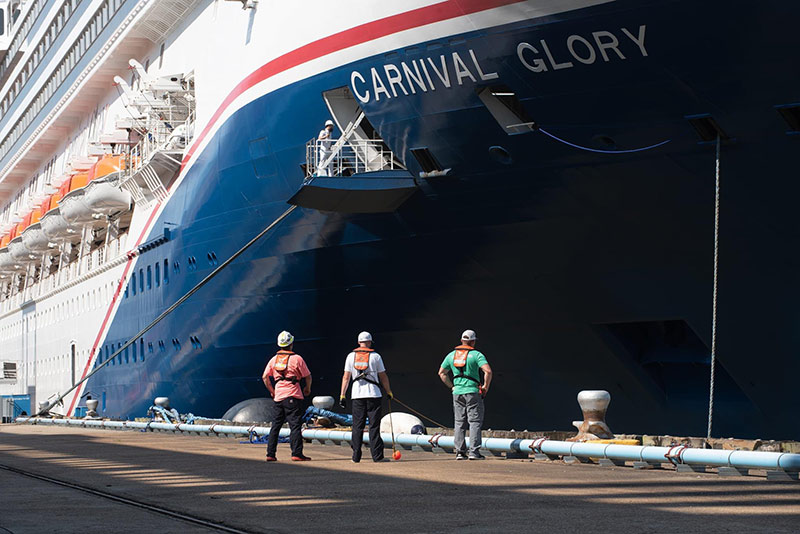 The Carnival Glory is set to switch homeports soon.

Currently based in New Orleans, the Carnival Cruise Line vessel will begin sailing out of Port Canaveral starting in May 2024.

According to Carnival’s Brand Ambassador John Heald, the Conquest-Class ship is set to offer three- and -four-night cruises departing from the Florida homeport.

Taking over the program of the Carnival Liberty, the Glory will offer Friday and Monday departures for itineraries visiting the Bahamas.

In addition to one day at sea, the three-night weekend cruises feature a visit to either Nassau or Bimini.

Sailing during weekdays, the four-night cruises include two different itineraries. While both comprise a full day at sea, the first feature visits to Bimini and Nassau, while the second sails to Nassau and Princess Cays – one of Carnival Corporation’s private destinations in the Bahamas.

The Carnival Glory currently offers weeklong cruises to the Western and Eastern Caribbean departing from the Port of New Orleans.

Along with the Carnival Valor, the 2004-built vessel has been sailing out of the Big Easy since early 2019.

Carnival hasn’t announced a replacement ship for the Glory in New Orleans.

In September 2021, the Glory became the first cruise ship to resume revenue service from the Louisiana homeport.

Also in 2021, on the aftermath of the Hurricane Ida, the Glory was chartered by FEMA, serving as emergency housing for frontline workers directly involved in New Orleans infrastructure recovery and healthcare needs.

During the period, the ship remained docked in the city while provisioning accommodations, food, water and materials for up to 2,600 hospital workers, city and utility workers, in addition to other emergency personnel.