Antarctica Returning to Pre-Pandemic Levels in 2022-2023 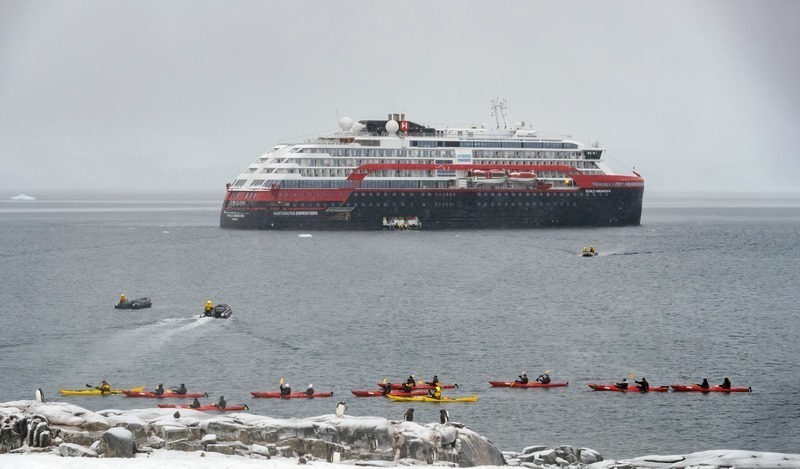 According to the latest edition of the Cruise Industry News Annual Report, the destination will receive a total of 55 ships from several different brands, including Hurtigruten, Ponant, Viking and Seabourn.

Cruise Industry News looked at the plans of some of the operators in the region:

Hurtigruten has three expeditions ships sailing in Antarctica during the entire 2022-2023 season.

Departing from Argentina and Chile, the company offers 12- to 23-night cruises in the region, visiting not only the Antarctic Peninsula and the South Shetland Islands but also South Georgia, the Falkland Islands and more.

Ponant is offering a complete season in Antarctica, with a total of five ships sailing in the Frozen Continent.

In addition to its four Boreal Class ships, the company is also operating the icebreaker Le Commandant Charcot in the region.

The 245-guest luxury vessel is able to explore further, visiting unusual parts of Antarctica, including the Amundsen Sea and Marie Byrd Land.

With three ships in the region for first time, Silversea Expeditions is offering one of its largest programs in Antarctica.

The highlight of the deployment is the new Silver Endeavour, which debuted in November. Acquired by the company in 2022, the 200-guest vessel is offering fly-cruises to the Antarctica Peninsula departing from King George Island.

Oceanwide Expeditions is operating three ships in Antarctica this season. In addition to the 2019-built Hondius, the Plancius and Ortelius are also sailing in the region, offering itineraries to the Antarctica Peninsula, South Georgia, the Falkland Islands and more.

In January and February, the Ortelius is set to offer two month-long voyages to the Ross Sea, visiting remote parts of Antarctica that include the Campbell Island, the Macquarie Island and others.

The new Viking Polaris is the highlight of Viking’s 2022-2023 program in Antarctica. Along with its sister ship, the Viking Octantis, the vessel is offering a series of 13- to 19-day expeditions in the region.

Sailing from Ushuaia, the exploration itineraries feature visits to several parts of the Frozen Continent, including the Half Moon Island, the Lemaire Channel and more.

Other cruise lines sailing in the region this winter include: