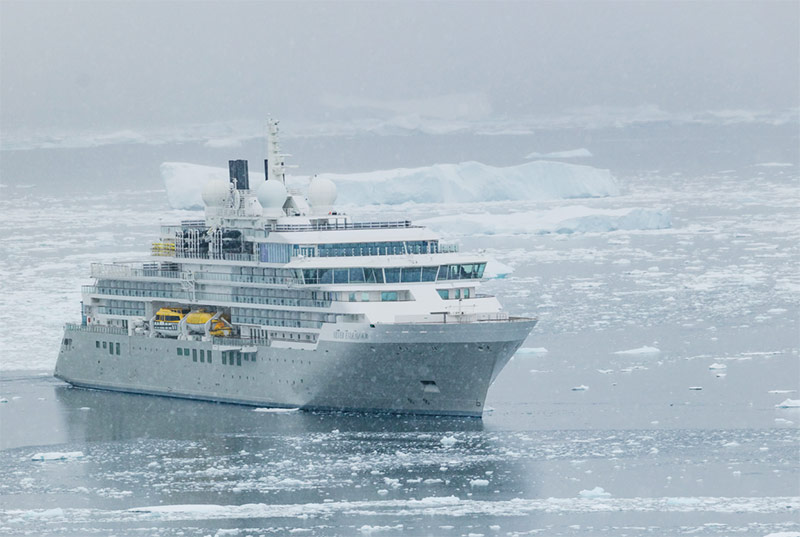 The Silver Endeavour is embarking on its first revenue cruise this week in Antarctica. Acquired by Silversea earlier this year, the former Crystal Endeavor is set to offer an inaugural season of expeditions in the region.

The maiden voyage is part of the company’s Antarctica Bridge offering and departs from the King George Island.

Planned activities for the sailing include a visit to the Antarctic Sound, where passengers will be able to explore the landscape, with hiking excursions, Zodiac tours, and kayaking, all hosted by the ship’s expedition team.

The Endeavor is also set to explore the Antarctic Peninsula, with sightings of penguin colonies and other wildlife species, including whales, various other bird species, and seals.

Silversea plans to call in the South Shetland Islands as well, before returning to King George Island where guests will board a flight back to Punta Arenas.

Continuing its inaugural season, the Endeavour is set to offer 11 voyages additional to Antarctica.

Extending through March 2023, the program features five- to 20-day expeditions sailing from the King George Island and also from Puerto Williams, Chile.

The ship is set to explore the Northern Hemisphere during the 2023 summer, with a series of itineraries to the British Isles, Iceland, and the Arctic — including Greenland, Svalbard, and the Canadian Arctic.

According to Silversea, the vessel carries “state-of-the-art amenities,” including an industry-leading Zodiac-to-guest ratio, a fleet of kayaks and more.

The Endeavour is also equipped with cutting-edge navigation and exploration technology, Silversea said, including a remote gimbal camera system to capture high-quality images from 5km.

Onboard, the 200-guest ship offers luxury amenities including four different restaurants, an array of bars, a complete spa and an enclosed pool deck.

The Endeavor also offers a crew-to-guest ratio of approximately 1:1, butler service for every suite and some of the most spacious accommodations in expedition cruising.

Originally ordered by Crystal Cruises, the 19,800-ton ship was built in Germany at the MV Werften shipyard and debuted in mid-2021.

With its first operator collapsing just months later, Silversea acquired the ship for $275 million in July 2022.