Royal Caribbean’s Wonder of the Seas Arrives in Port Canaveral 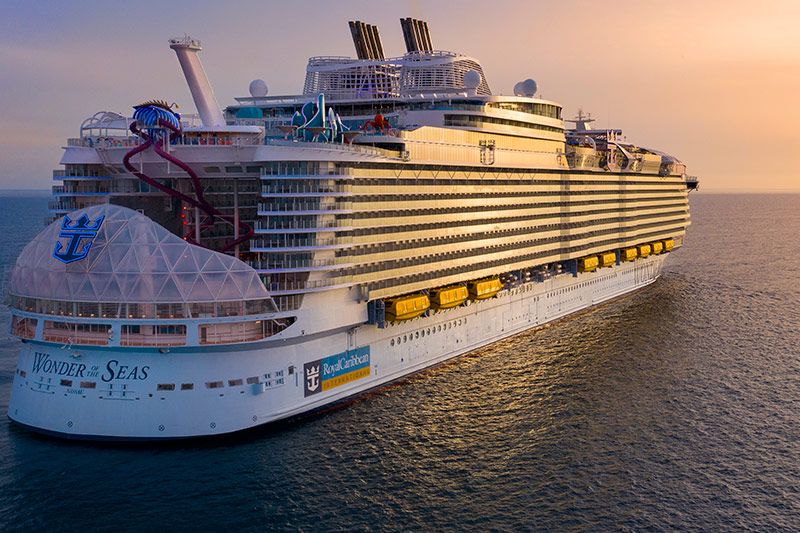 Following a full summer program in Europe, Royal Caribbean International’s Wonder of the Seas is debuting in Port Canaveral today.

Returning to the United States after first debuting in the country in March, the Royal Caribbean International vessel is wrapping up a 14-night trans-Atlantic.

Ahead of its first complete season in the Caribbean, the two-week repositioning cruise sailed from Barcelona and included visits to four additional ports in Spain: Palma de Mallorca, Valencia, Cartagena and Malaga.

Before arriving in Florida, the vessel also paid a visit to Nassau, the Bahamas.

Now set to sail from Port Canaveral on a weekly basis, the Oasis-Class ship will offer a year-round schedule of cruises to both Western and Eastern Caribbean.

For its first sailing from Central Florida, the Wonder is offering a seven-night itinerary to the Eastern Caribbean.

In addition to three full days at sea, the voyage features visits to St. Thomas, St. Maarten and Perfect Day at CocoCay.

A highlight of the deployment, the Royal Caribbean International private island in the Bahamas is set to be featured on most of Wonder’s cruises.

Other destinations set to be visited by the 5,448-guest ship include Cozumel, Costa Maya, Roatán, Labadee, San Juan, Falmouth and more.

Built in 2022, the Wonder is the latest vessel in the company’s Oasis Class and debuted as the world’s largest cruise ship.

With a menu of Southern staples and new twists on classics, the venue offers live music, a collection of more than a dozen American whiskey and more.

Completing the ship series, a sixth Oasis-Class vessel, the Utopia of the Seas, is set to debut in 2024.