Odyssey of the Seas Makes Its First Call In Valencia 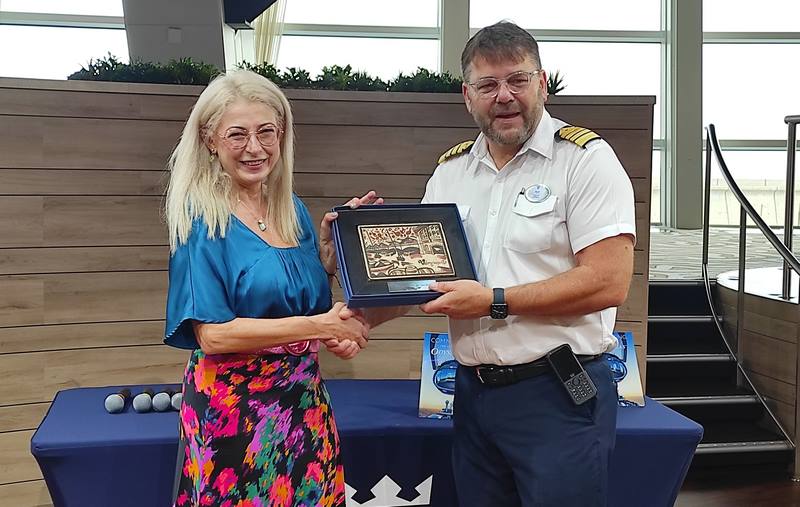 The Odyssey of the Seas from Royal Caribbean International made its inaugural call to Valencia, Spain, on Nov. 3.

The Odyssey of the Seas embarked on its 13-night Spanish trans-Atlantic cruise on Monday, October 31, departing from Civitavecchia, Rome, Italy, and visited La Spezia, Italy before arriving at Valencia, Spain on Thursday.

The Odyssey of the Seas’ was then set to call in Malaga, Spain and Funchal, Madeira before ending the cruise in Fort lauderdale, Florida on November 13.

Francesca Antonelli, Head of Marketing and Cruises of the València Port Authority (PAV) was in charge of handing over the socarrat – the Valencian terracotta tile featuring maritime motifs that the Valenciaport traditionally gives to the ships that dock for the first time.

The ship remained docked for one night at the port of Valencia while passengers explore the city and go on excursions such as to Albufera, the Oceanogràfic and the Lladró factory, to name a few.

The Odyssey of the Seas has a busy winter itinerary ahead. On Sunday, November 13, the ship will set sail to the Caribbean departing from Fort Lauderdale, Florida and making stops in the Coco Bay, Bahamas, Falmouth, Jamaica, and Labadee, Haiti, before returning to Fort Lauderdale.