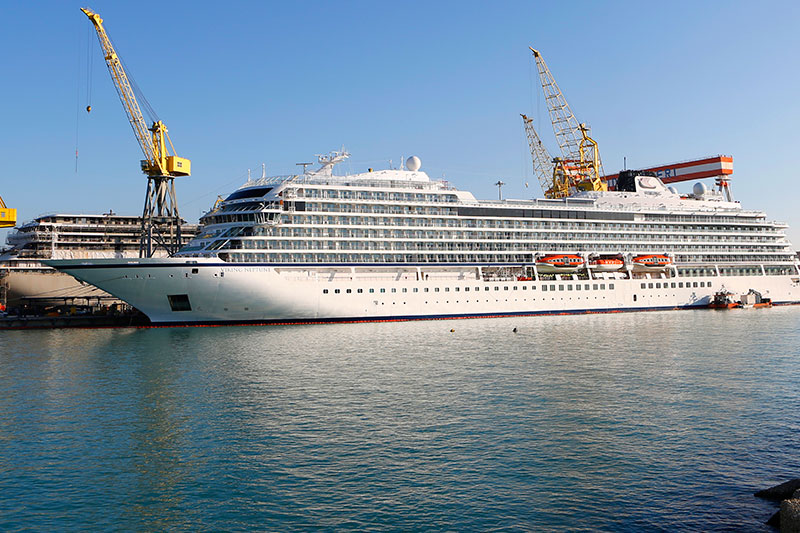 After being delivered to Viking earlier this month, the new Viking Neptune is departing on its inaugural cruise today.

Sailing from Istanbul, the seven-night voyage sails to the Eastern Mediterranean and features visits to six ports in Greece and Turkey.

Before arriving in Piraeus, the itinerary’s final destination, the maiden voyage includes calls to Canakkale, Kusadasi, Rhodes and Heraklion. With no complete sea days, the destination-intensive cruise also includes overnights in both Istanbul and Piraeus.

Continuing its inaugural season, the Neptune is set to offer additional itineraries in the Mediterranean before crossing the Atlantic for the first time in December.

After arriving in the United States, the vessel kicks off Viking’s 2022-2023 world cruise.

Sailing from Fort Lauderdale to Tilbury, England, the 138-day voyage includes visits to 28 countries and 57 ports, with overnight stays in 11 different cities.

The Viking Neptune is the newest ship in Viking’s fleet of luxury ocean-going cruise ships. Built at the Fincantieri shipyard in Ancona, Italy, the vessel follows the Viking Mars, which also entered service for the company in 2022.

With 47,800 tons and 465 staterooms, each ship that can host 930 guests in all-veranda accommodations.

While identical to its sister ships, the Neptune incorporates a new fuel cell technology onboard.

A first in the cruise industry, the small hydrogen-powered system was designed to test the use of the fuel for onboard operations.

The fuel cell will determine how hydrogen fuel could be used at a larger scale in future newbuilds, Viking said.