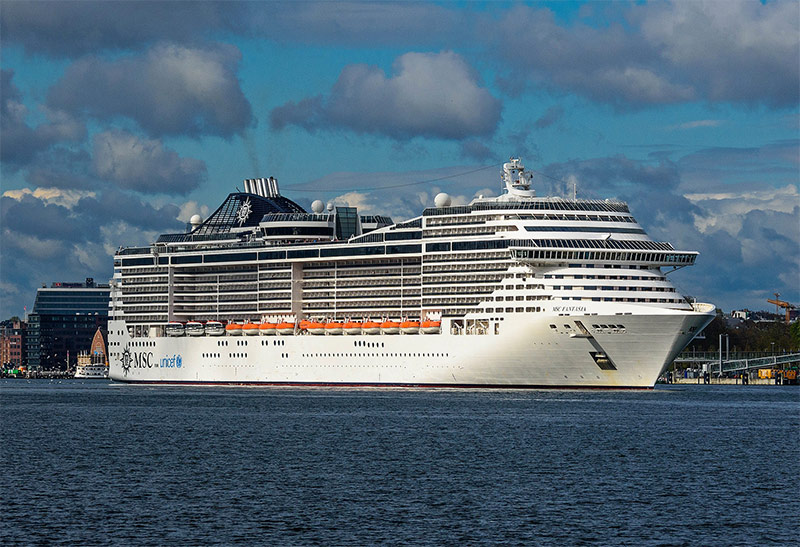 With the arrival of the MSC Fantasia, the 2022-2023 cruise season is officially underway in Brazil. Following a trans-Atlantic crossing that stated in Italy, the MSC Cruises arrived in Santos today.

As part of its fourth season in the region, the vessel is now set to offer a series of three- to seven-night cruises departing from the Brazilian homeport.

For its first sailing, the 3,300-guest ship is set to visit Balneário Camboriú as part of a short cruise that also includes a full day at sea.

Named MSC Yacht Club, the suite enclave offers a self-contained area on the foredecks of the vessel with a private pool, solarium and dedicated restaurant.

The 133,500-ton vessel also boasts different sports and entertainment facilities, including five-a-side football, tennis and basketball courts, a mini-golf course, a jogging track, a gym and an aqua park complex.

Other features include a three-deck theater, a Formula 1 simulator, a 4D cinema, a nightclub, a complete wellness center and a range of formal and informal dining venues.

In addition to the MSC Fantasia, five MSC Cruises ships are set to sail in South America during the 2022-2023 season.

Set to become the largest vessel in the region, the MSC Seashore arrives in December for its first local season.

The 2021-built ship will be joined by the MSC Seaview, the MSC Preziosa, the MSC Musica and the MSC Armonia.