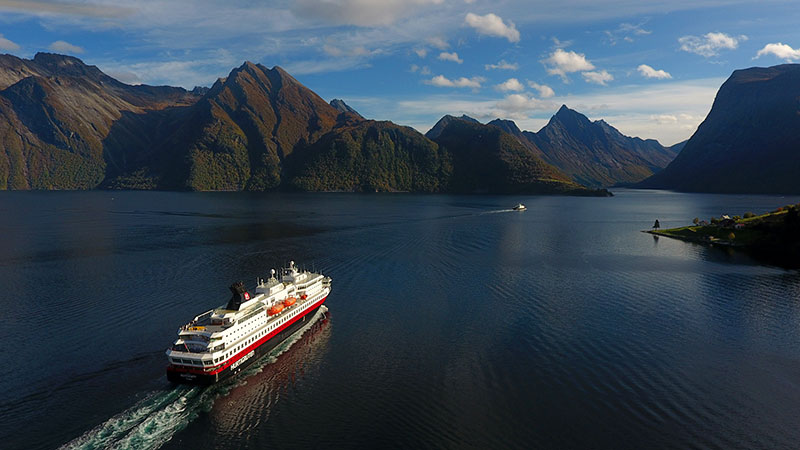 Hurtigruten Group has announced more Black Friday deals than ever before.

According to a press release, Hurtigruten Group is celebrating Hurtigruten Norway’s 130th anniversary with discounts on all Coastal Express voyages from July through March of 2023.

The offer includes new cruises for 2023, such as the Svalbard Express and North Cape Express, in addition to the Northern and Western Galápagos Islands.

Travelers can save up to 50 percent when booking destinations such as Antarctica, Alaska, Grenland, Galápagos, Iceland, and Norway, including some new itineraries for 2023.

Additionally, the Black Friday sale will include discounts up to 50 percent off the National Parks of North America’s west coast expedition departing on March 8, 2023, as well as off Nature and Culture of Central America’s Pacific Coast tour departing on April 25, 2023.

In honor of their 130th anniversary, Hurtigruten Norway is also offering 10 percent off all sailings from July 2023 to March 2024, which is the highest number of voyages to ever go on sale. The sale will also include 50 percent off on selected sailings between January and June of 2023.

The sale includes Hurtigruten Norway’s premium sailing, Svalbard Express, departing in June 2023 to visit the northernmost community on Earth. After this, Hurtigruten Norway will launch its first sailing from the Norwegian capital, the September 2023 North Cape Express from Oslo.

The Black Friday offer will include sailings aboard the MS Richard With, the company’s first hybrid-powered ship, as well as MS Nordlys and MS Kong Harald.