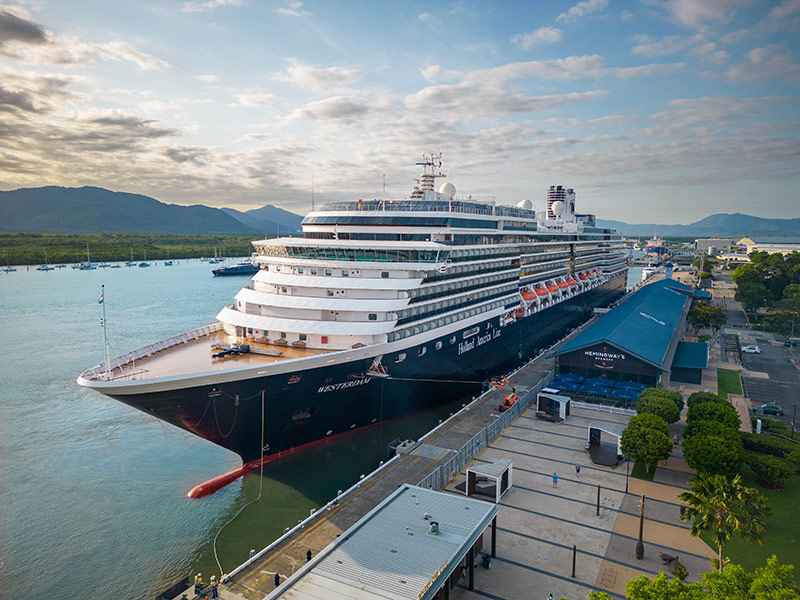 After more than a two-year absence, Holland America Line returned to Australia.

The Westerdam is Holland America LIne’s first ship back in the region and  arrived at Cairns, Australia on Thursday, November 3.

“After being away from Australia for far too long, we are excited to be back in this beautiful part of the world,” said Gus Antorcha, president of Holland America Line. “Despite just opening sales for Westerdam in Australia seven months ago, we’re already seeing some full cruises in the region. Thank you to all of the locals who welcomed our guests at Cairns today and embraced our return with open arms.”

The ship will make a few more stops at Australian destinations including Airlie Beach on November 4, Moreton Island on November 6, and Sydney on November 8 before moving on with its itinerary to New Zealand. The Westerdam will end the journey in Sydney, Australia on November 23.

The Noordam will join the Westerdam in Australia, which will circle the Australian continent on its South Pacific and Australia Circumnavigation Collector journey, arriving at Sydney, Australia on November 5.

This will be the first time that Holland America Line has positioned two of its ships cruising simultaneously around the region since 2016, according to a statement.

A special, 14-day Holiday Cruise will depart from Auckland, New Zealand, on December 20, and will arrive in Sydney, Australia on January 3.