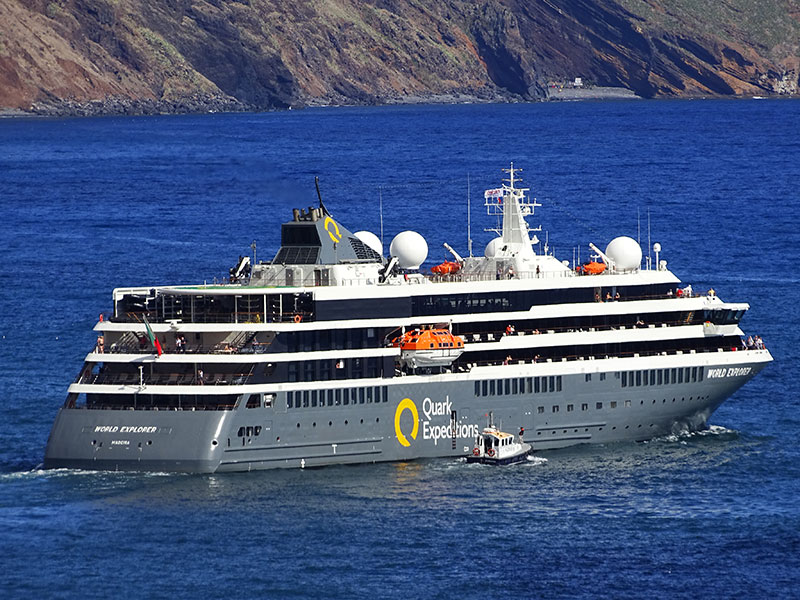 Several expedition vessels have changed operators ahead of the 2022-2023 season in Antarctica.

The World Explorer, for instance, spent the entire summer season in Europe and the Arctic under the flag of the Rivages du Monde, a French tour operator.

Owned by Mystic Cruises, the 200-guest vessel is now set to sail for Quark Expeditions during the winter, offering a series of expeditions to Antarctica.

Quark is also set to operate the Ocean Diamond in Antarctica during the upcoming winter season. Under charter from SunStone Ships as well, the 189-guest vessel usually spends summers sailing in the Arctic for Iceland ProCruises.

Another vessel changing operator for the upcoming winter season is the Ocean Victory. Also owned by SunStone Ships, the 2021-built expedition ship spent the past summer sailing in Alaska for American Queen Voyages.

Now, it is set to offer a complete season in Antarctica and South America under the flag of Denmark-based Albatros Expeditions.

The 199-guest Ocean Endeavour is yet another vessel operated under a similar arrangement. After spending the summer sailing for Adventure Canada in the Arctic and Canada, the SunStone-owned ship is set to sail in Antarctica for Intrepid Travel during the winter.

More vessels changing operators for the season in Antarctica include the Ocean Nova, which will be operated by Antarctica21 after a summer with Polar Quest, and the Seaventure, which is set to sail for Polar Latitudes – who is also receiving a second ship for its winter season.

Following a summer program for Noble Caledonia, the Island Sky is set to sail in Antarctica for the operator from December through late February.

Other expedition vessels, meanwhile, are returning from lay ups for the upcoming season in Antarctica, including The Ushuaia.

Operated by Antarpply expeditions, the vessel spent the entire summer docked in Argentina waiting for the season in the cold continent.