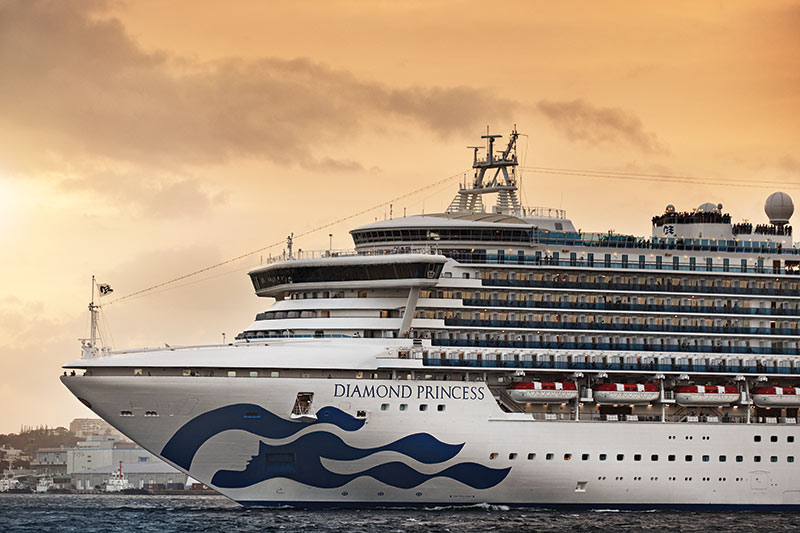 The Diamond Princess is resuming service for Princess Cruises today. Returning after a three-year hiatus, the vessel is kicking off a program on the West Coast.

Based in San Diego, the Diamond is set to offer varied itineraries to the Baja Peninsula, the Sea of Cortez, Central America and Hawaii through February 2023.

The deployment marks the first time the 2004-built ship sails from a U.S. port since 2013.

For its return voyage, the Diamond is offering a seven-night cruise to Mexico that includes visits to Cabo San Lucas, La Paz and Loreto before returning to San Diego on Nov. 27.

The Sea of Cortez itinerary is set to be followed by a special 20-night voyage to Central America.

After additional cruises on the West Coast, the Diamond Princess is set to reposition to Asia in early 2023.

Starting in March, the ship offers itineraries to Japan and South Korea departing from Yokohama, a port near Tokyo.

Along with its sister ship Sapphire Princess, the 2,600-passenger vessel was built at the Mitsubishi Heavy Industries in Nagasaki, Japan.

According to Princess, the 113,000-ton ship is a “luxury destination in itself,” offering “exceptional delights” that include Asian specialty restaurants, a “state-of-the-art theater” and a “dazzling atrium.”

With the Diamond returning to service, the entire Princess Cruises is now sailing with guests again.

One of the first mainstream cruise lines to resume regular operations, the Carnival-owned premium brand first welcomed passengers back in July 2021.

Following a phased restart plan, the company added 15 ships to service and returned to most of its core markets ever since.