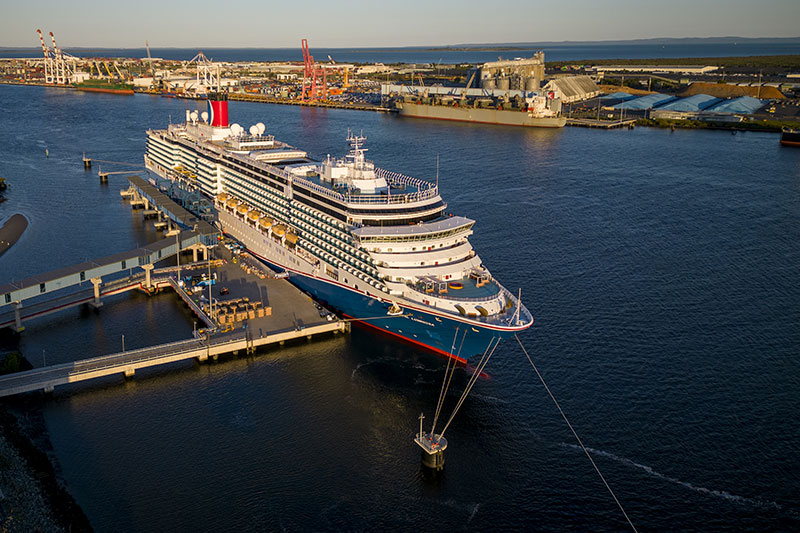 The new Carnival Luminosa is entering service for Carnival Cruise Line today. Departing from Brisbane on its inaugural cruise, the vessel is kicking off its first Australia program.

For its first voyage, the 2009-built vessel is offering a seven-night Great Barrier Reef cruise. In addition to two days at sea, the voyage includes visits to Airlie Beach, Cairns, Port Douglas and the Willis Island.

Before repositioning to Alaska for the 2023 summer, the Luminosa is also set to offer different itineraries, including three-night cruises to nowhere and an 11-night cruise to New Zealand.

Transferred from Costa Cruises in September, the former Costa Luminosa underwent a significant refit before joining the fleet of its new operator.

The refurbishment included the transformation of several public areas, which now offer signature experiences and spaces of Carnival Cruise Line.

In Australia, the Luminosa joins the Carnival Splendor – which has been sailing from Sydney since early October.

Sailing in the region on a year-round basis, the 2008-built vessel offers varied itineraries that include destinations in Australia, New Zealand, the South Pacific and more.

Ports set to be visited during the remainder of the year include Cairns, Airlie Beach, Hobart, Dunedin, Wellington, Noumea, Mistery Island and more.