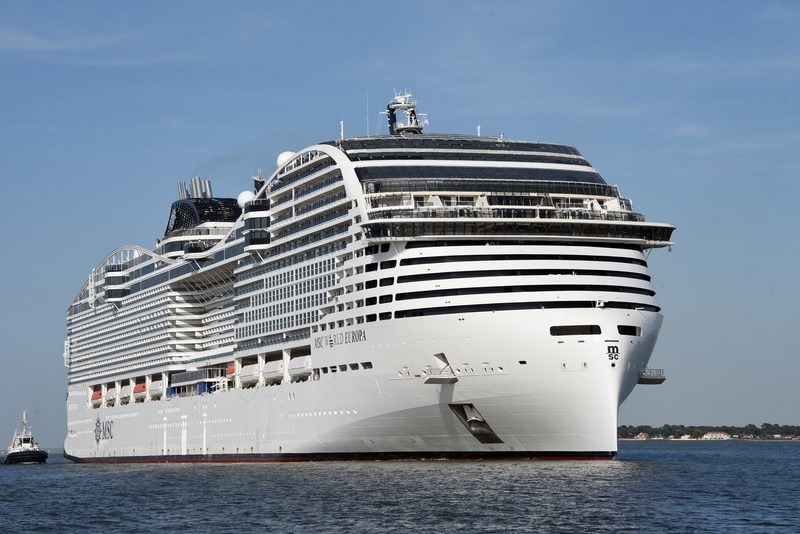 The new MSC World Europa is set to debut later this year with an inaugural program in the Middle East.  before kicking off a year-round program in the Western Mediterranean in early 2023.

Before kicking off its regular seven-night itinerary in the Middle East, the MSC World Europa is set to offer a short cruise in the region.

Sailing from Dubai, the three-night voyage includes visits to the beach of Sir Bani Yas and to Abu Dhabi – where the vessel is set to remain docked for nearly 14 hours. Passengers will also be able to board the ship in Abu Dhabi for a similar itinerary.

The MSC World Europa is slated to offer a series of seven-night cruises in the Middle East during most of its inaugural winter season.

Starting in late December, the regular week-long itinerary leaves from the ports of Dubai, Abu Dhabi and Doha and includes a visit to the island of Sir Bani Yas as well. The cruise is also highlighted by a visit to Dammam, an unusual cruise destination in Saudi Arabia.

Upon concluding its Middle East program, the MSC World Europa is set to offer a unique repositioning voyage to Europe in late March.

The 18-night cruise is set to cross the Suez Canal and includes visits to four countries before arriving in Genoa – MSC’s biggest homeport in Italy. Sailing from Dubai, the itinerary also features visits to Oman, Saudi Arabia and the United Arab Emirates.

The European debut of the MSC World Europa features a year-round program of seven-night cruises in the Western Mediterranean.

Departing from multiple ports, the ship’s summer itinerary will be operated between April and October 2023 and features visits to Malta, Italy, Spain and France.

Continuing its year-round program in the Western Mediterranean, the MSC World Europa is set to offer a different itinerary during the 2023-2024 winter.

Also sailing to Italy, Spain, France and Malta, the cruise includes drops Naples and Messina in favor of Civitavecchia, the getaway to Rome, and Palermo, the capital city of the island of Sicily.