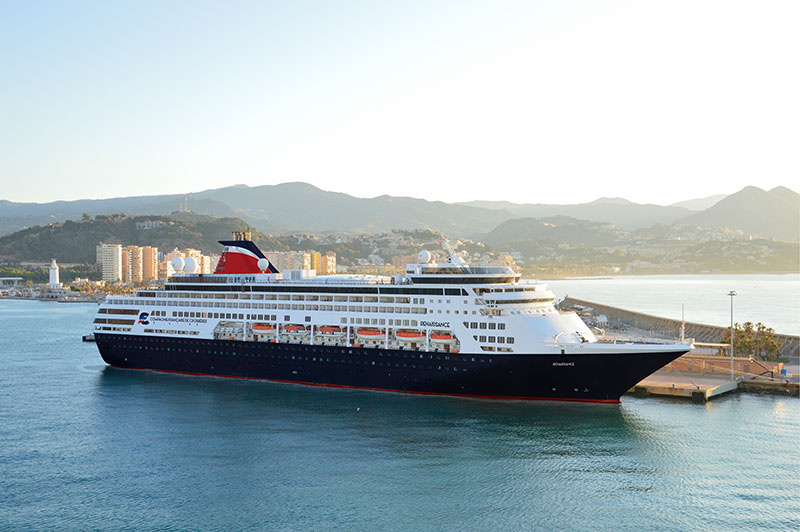 From sales, charters and inter-company transfers to scrapping deals, the secondhand cruise ship continues to be very active.

For a complete overview, see the Secondhand Market Report by Cruise Industry News.

Cruise Industry News looks at some of the ship moves that took place during September.

After being reportedly sold by Seajets in August, the former Maasdam had its new owners officially revealed in early September. Now heading to a shipyard in Northern France, the 1993-built cruise ship will be operated by a new cruise line named Compagnie Française de Croisières (CFC).

The brand plans to operate the vessel on a series of Mediterranean and Northern Europe cruises focusing on the French market. Departing from Le Havre and Marseille, the vessel will also offer a world cruise in early 2024.

After two years sitting in limbo, the former Zenith was finally beached for scrapping in late September. The 1992-built vessel is now being dismantled at the Alang Ship Breaking Yard, in India.

Originally built for Celebrity Cruises, the ship was withdrawn from the Peace Boat fleet in May and spent the last few months docked in the Middle East. Renamed TSM Singapore for its last voyage, the ship also sailed for Pullmantur and CDF during its 30-year career.

Now flying the Bahamas flag, the 2009-built vessel is currently on its way to Australia – where it will debut for the U.S.-based brand in November. Before departing Europe, the ship also visited a drydock in Italy to receive the Carnival’s signature livery and experiences.

The Volendam completed its humanitarian charter in mid-September. Docked in the Port of Rotterdam, the Holland America Line vessel spent the last six months serving as temporary housing to Ukrainian refugees in the Netherlands.

A few weeks later, the cruise ship resumed regular guest service, kicking off a series of Mediterranean cruises. The operation marked the return to of the entire fleet of Holland America Line.

The Silver Explorer will be operated by Exploris starting in December 2023. Officially revealed in Paris, the new expedition cruise line plans to focus on the French market, offering itineraries in Antarctica, the Arctic and more.

Set to be renamed Exploris One, the Explorer will receive the French flag and undergo a drydock before debuting for its new operators.