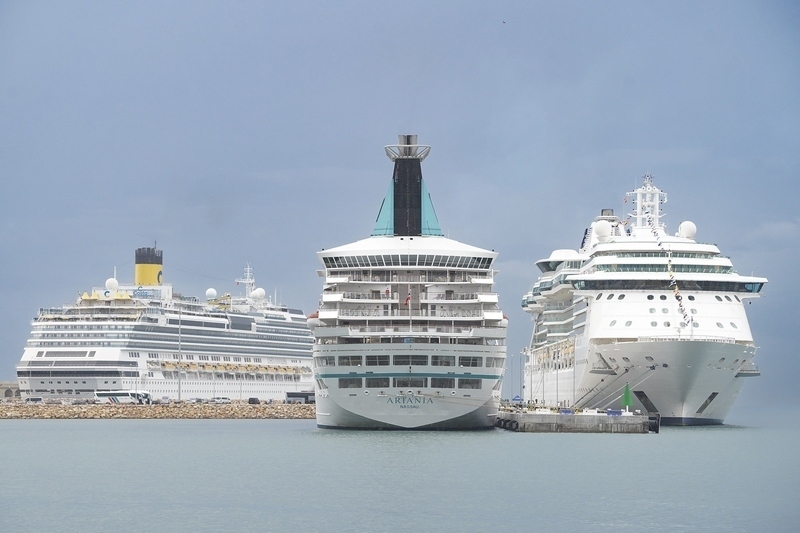 For the first time, the Port of Tarragona received three cruise ships simultaneously. According to a press release issued by the Spanish port, the vessels docked at the same time on October 7, using two different wharfs.

The operation was made easier by the new Balears Wharf, which opened in October 2021 and was designed to streamline the arrival and departure of cruise ships in Tarragona, the port said.

The first ship to arrive for the milestone operation was the Costa Favolosa. The Costa Cruises vessel arrived on October 6 before resuming cruise service on the following day.

After embarking passengers on the Llevant Wharf, the 2011-built vessel departed for Marseille, France.

Second to arrive, the Jewel of the Seas docked at the new Balears Wharf on October 7.

Visiting Tarragona for the first time, the Royal Caribbean International cruise ship received a traditional ceremony of exchanging metopes. On behalf of the Port of Tarragona, the event was attended by Núria Obiols and, on behalf of the vessel, by Captain Michael Rolf Lindberg.

Calling at Tarragona en route from Ibiza, Spain, to Syracuse, Italy, the 2004-built vessel carried out a full embark and disembark operation.

The third cruise ship, the Artania, also arrived at the Port Tarragona on October 7. Operated by the German company Phoenix Reisen, the vessel was sailing a cruise to the Western Mediterranean that included visits to Spain, France, Italy and more.

Tarragona’s 2022 cruise season began in April with the arrival of the Azamara Quest. A total of 24 cruise ships have docked at the Balears Wharf pier on the following six months.