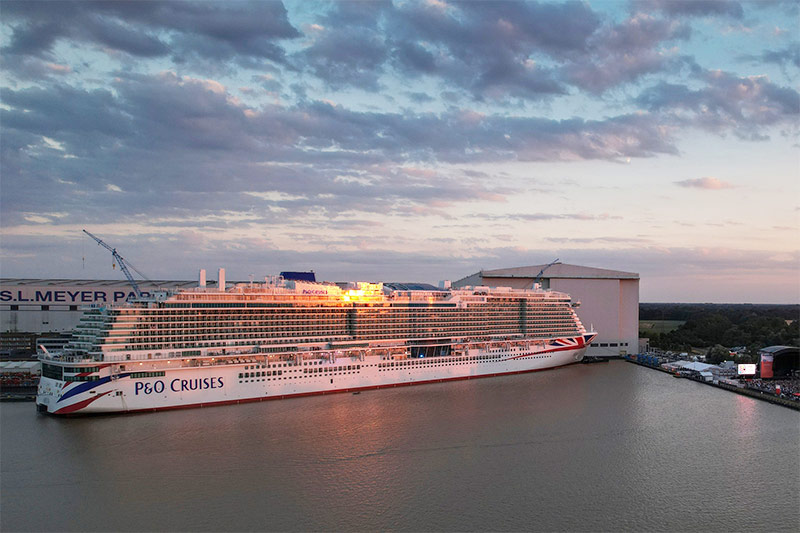 P&O Cruises is pushing back the debut of the new Arvia.

According to a statement sent to booked guests, the LNG-powered vessel will not enter service in early December as initially planned.

“We are so sorry but for reasons beyond our control, we have regrettably taken the decision to cancel Arvia’s first cruise which was scheduled to depart Southampton on 9 December 2022,” P&O said in a statement sent to booked guests.

“Whilst we know this is disappointing, we will not compromise on the high standards of build, interior design and service for which P&O Cruises is known,” the company added.

According to the statement, affected guests will receive a full refund to the original method of payment, in addition to an additional 10 percent Future Cruise Credit.

Currently in final stages of construction at the Meyer Werft shipyard in Germany, the Arvia is now set to launch service on December 23 with a 14-night cruise to Spain, Portugal and the Canary Islands.

The vessel is still scheduled to reposition to the Southern Caribbean in January, P&O confirmed in the statement.

With cruises departing from Barbados and St. John’s, the 183,900-ton ship is set to spend the winter season offering seven- to 14-night itineraries in the region.

A sister to the 2020-built Iona, the Arvia is part of Carnival Corporation’s XL Class.

Designed to operate in warmer climates, the 5,200-guest vessel is equipped with new features that include a unique high ropes experience, as well as a swim-up bar and the SkyDome.

According to P&O, the area, which is equipped with a retractable glass roof, serves as a “relaxed pool environment by day with entertainment by night, including live music, spectacular production shows, DJ sets and blockbuster movies al fresco.”

The Arvia will also offer guests over 30 bars and restaurants, including new venues created exclusively for the ship.