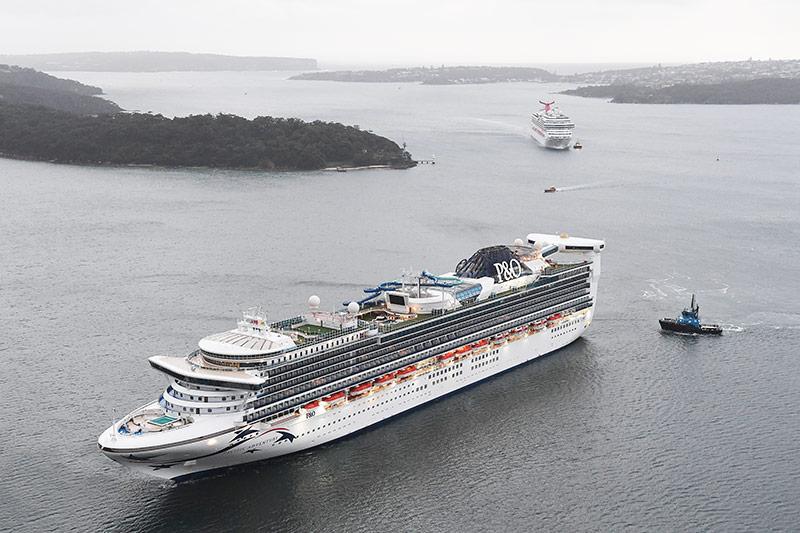 The new Pacific Adventure is officially debuting for P&O Cruises Australia today. Third and final vessel to join the brand’s fleet, the newly transformed cruise ship is kicking off a year-round program of cruises from Sydney.

For its first revenue sailing, the 2,600-guest vessel is departing the Australian port for a three-night themed voyage to nowhere.

In addition to two full days at sea, the “Comedy Cruise” includes special activities onboard, such as adults-only shows, comedy workshops and more.

Continuing its inaugural season, the Adventure is set to offer three- to 12-night cruises that visit several domestic destinations in Australia, including the Sapphire Coast, Tasmania, the Great Barrier Reef and more.

Before debuting for its new operator, the former Golden Princess underwent a major refit that added new attractions and public areas, in addition to P&O’s signature features.

Among the new additions is The Byron Beach Club, a private retreat available for certain suite categories, complete with pool, spas and outdoors seating.

After a long operational hiatus, P&O Cruises Australia resumed revenue service in May 2022. At the time, the Pacific Explorer became the first cruise ship to welcome guests back in the country.

The Pacific Encounter followed suit in August, kicking off a series of itineraries departing from the Port of Brisbane.