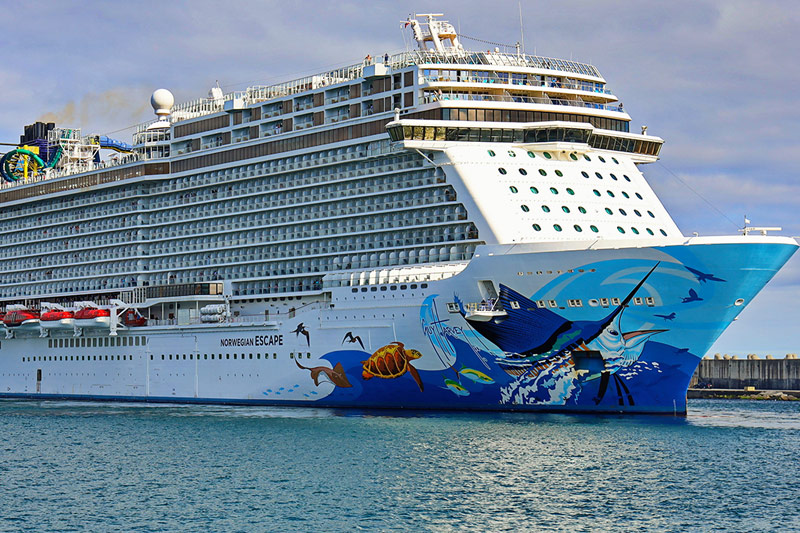 The Norwegian Escape is resuming service today in Civitavecchia, Italy. After spending most of September at a drydock in France, the vessel is welcoming guests for the final part of its 2022 season in the Eastern Mediterranean.

The program, which started in May, includes nine- to 11-night cruises to popular destinations in Greece, Malta, Italy and France.

The Oct. 12 departure, for instance, sails to Livorno, Naples, Messina, Valletta, Corfu, Piraeus and Santorini before returning to Civitavecchia.

Following an incident that took place earlier this year, the drydock period was confirmed by Norwegian Cruise Line in June.

At the time, the cruise line said that the ship required a shipyard visit but did not reveal the nature of the work being carried out onboard.

Previously, in March, the Norwegian Escape ran aground in the Dominican Republic during a cruise to the Eastern Caribbean.

After being refloated, the 163,000-ton ship was said to have suffered minor damage and spent a month undergoing repairs before resuming regular operations in mid-April.

The Norwegian Escape is set to return to North America following its European cruise program.

In November, the ship offers a trans-Atlantic crossing to New York City before kicking off a season in the Caribbean.

Highlighted by a visit to the Azores Archipelago, the 16-night voyage includes calls in Italy, France, Spain, Portugal and the United States.

Departing from Port Canaveral, the regular itineraries sail to the Dominican Republic and the U.S. Virgin Islands. Before returning to its Florida homeport, the vessel also visits the British Virgin Islands and the Bahamas.

Part of the Breakaway-Plus Class, the Norwegian Escape originally entered service in 2015. After nearly two years out of service due to the COVID-19 pandemic, the vessel resumed revenue operations in late 2021.