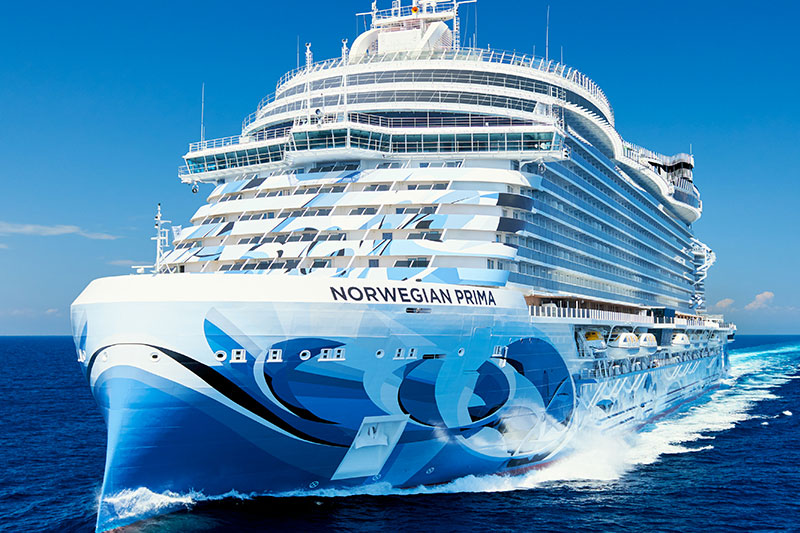 With two Prima-class vessels in service by next summer, Norwegian Cruise Line will put its newest ships in the Caribbean and Europe.

“The (Prima) ships will tend to do seven-night cruises in the winter in the Caribbean,” said Harry Sommer, president and CEO of Norwegian Cruise Line.

“In the summer we do have them running longer cruises, not necessarily because they are this class of ship but because they are going to Europe,” he continued. “And most of our cruise in Europe are between nine and 12 days.”

The first ship in the series, the Norwegian Prima debuted in Northern Europe this September.

After crossing the Atlantic recently, the 3,215-guest vessel is set to offer week-long cruises departing from Port Canaveral for the majority of the upcoming winter cruise season after showing the ship off in Miami and Galveston.

Mostly cruising to the Western Caribbean, the ship’s regular itineraries include visits to Mexico, Jamaica, Grand Cayman and the Bahamas.

The vessel is also set to offer seven-night cruises from Miami in November and December, in addition to longer voyages leaving from Galveston and New York City in October.

Following a short spring program on the U.S. East Coast, the Prima will return to Europe in late May for a series of cruise in Northern Europe and Mediterranean.

The program mostly includes 10- and 11-night cruises to destinations such as Iceland, Norway, England, Belgium and more.

Before returning to North America in November, the vessel is also set to operate a short fall season in the Western Mediterranean.

Following the Prima, the Norwegian Viva is set to debut in August 2023. The vessel will sail an inaugural season in Europe before debuting in the Caribbean with a series of San Juan-based cruises.

Cruising to both Western and Eastern Mediterranean next summer, the eight- to 10-night European itineraries include visits to the Greek Islands, Turkey, Croatia, France, Italy, Spain and more.

Starting in December, the Viva offers regular seven-night cruises to the Eastern and Southern Caribbean departing from its Puerto Rico homeport.