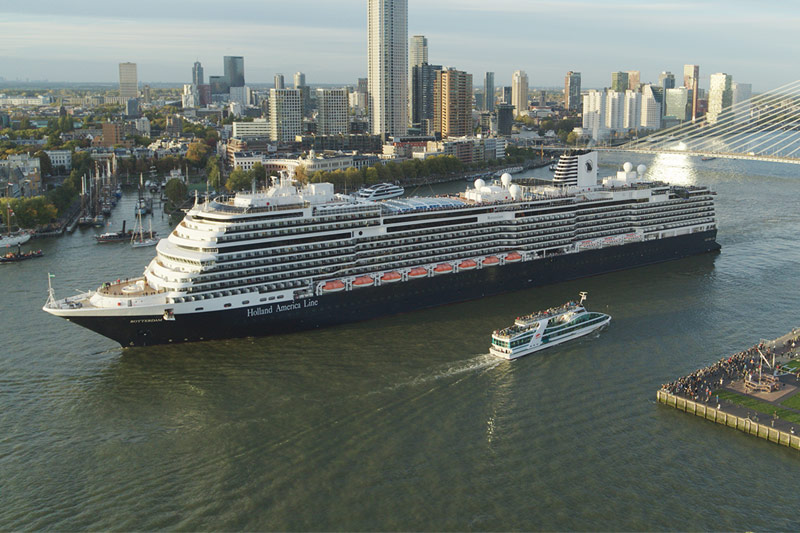 The Rotterdam VII is completing its first year in service.

After being delivered a few months earlier, the new Holland America Line flagship welcomed its first guests on October 20, 2021.

On that day, the 2,650-guest vessel departed the Netherlands for a 14-day transatlantic to the United States.

Sailing from Amsterdam to Fort Lauderdale, the one-way voyage featured visits to five destinations, including the Azores, a Portuguese archipelago located in the middle of the Atlantic, and Brest, in France.

Upon arriving in North America in November, the Rotterdam began its inaugural season in the region, which included five- to 11-night itineraries to the Southern, Western and Eastern Caribbean, as well as the Bahamas.

During its first year in service, the vessel also sailed a summer program in Northern Europe – where it was christened by Princess Margriet of the Netherlands in May.

The program includes ten- and 11-night itineraries to the Southern and Eastern Caribbean departing from Fort Lauderdale to popular destinations such as Curaçao, Grand Turk and Martinique.

A sister to the 2016-built Koningsdam and 2018-built Nieuw Statendam, the new Rotterdam is part of Holland America’s Pinnacle class.

Seventh ship to carry the name for the company, it offers enhanced amenities and features, such as the Rolling Stone Rock Room, where guests are able to relive the rock history with iconic hits performed by live bands.

Another highlight among the ship’s public areas is the theater. Named World Stage, the showroom is equipped a round stage and a two-story LED screen that creates a wrapround display.