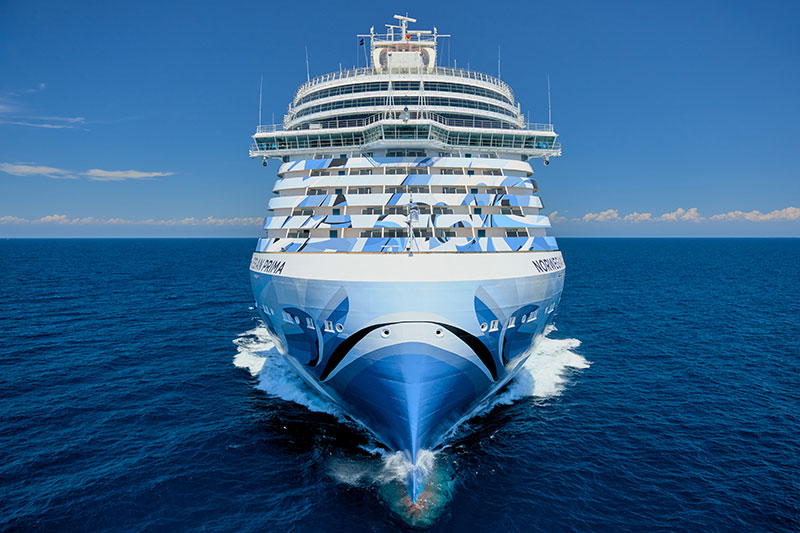 Norwegian Cruise Line Holdings (NCLH) will generate record EBITDA and net yield in 2023, according to a very upbeat and confident Frank Del Rio, CEO and president, who spoke at a two-hour presentation aboard the Norwegian Prima in New York City on Thursday morning.

Del Rio said that bookings for 2023 were up from 2019, including a 16 percent capacity increase, and at significantly higher prices.

Talking about the so-called key value drivers, Del Rio asked analysts not to lump NCLH in the same pool as the other cruise companies, that the company differentiates itself in many ways, including targeting a more upmarket demographic, featuring ships for its three brands that are at the top of each market segment, and premium itineraries.

Other companies, he said, have so many brands they are sabotaging each other, while Norwegian Cruise Line, Oceania Cruises and Regent Seven Seas Cruises (the NCLH brands) are clearly differentiated, each in a different market segment.  Del Rio described the brands as stand-alone that do not compete against each other.

Del Rio went on to say that itineraries are the number one driver of pricing, and that he spends more time on itinerary planning than anything else. Another key driver is the cabin mix and he noted that the brands have a richer mix of cabins, with a higher percentage of outside balcony cabins.

He said that NCLH’s go-to-market strategy is focused on filling the ships, offering consumers value and deals they are happy with, while not discounting, and noted that they are beating their competitors by a large margin.

Pricing is almost irrelevant, according to Del Rio, who said the key is to have consumers feel they get a deal. And when products are bundled in that consumers buy dining and beverage packages up front, as well shore excursions, they come onboard with a so-called “fresh wallet” and spend more.

He noted that onboard spending on the Norwegian Prima on its trans-Atlantic crossing had been double of the company’s average.

By comparison, in 2018, 52 percent of the passengers bought packages in advance of their cruise. For 2022, Del Rio said that number has increased to 85 percent. He added that also means that more cruises are “sticking,” meaning there are fewer cancellations and higher advance deposits.

Another key factor contributing to a strong 2023 is that NCLH is a U.S.-centric company, according to Del Rio, who said that 78 percent of the passengers come from the U.S.

Among the trends noted were more direct bookings with the travel agency community constricting during the pandemic and with consumer behavior changing to more online purchasing.

Looking forward, Del Rio and Mark Kempa, CFO and executive vice president, said the brands will continue to benefit from underserved and unserved market while continuing to be U.S.-centric.

They also said that NCLH has a lot of “headroom” to raise prices, while comparing cruise to land vacations.

Among the key takeaways from the presentation, Del Rio underscored that not all cruise companies are created equal, and that NCLH has laid the foundation for a strong 2023, surpassing 2019, targeting a higher end demographic, which is reflected in its stronger pricing and bookings.