Costa Cancels Majority of Fortuna’s Cruises for 2023 and 2024 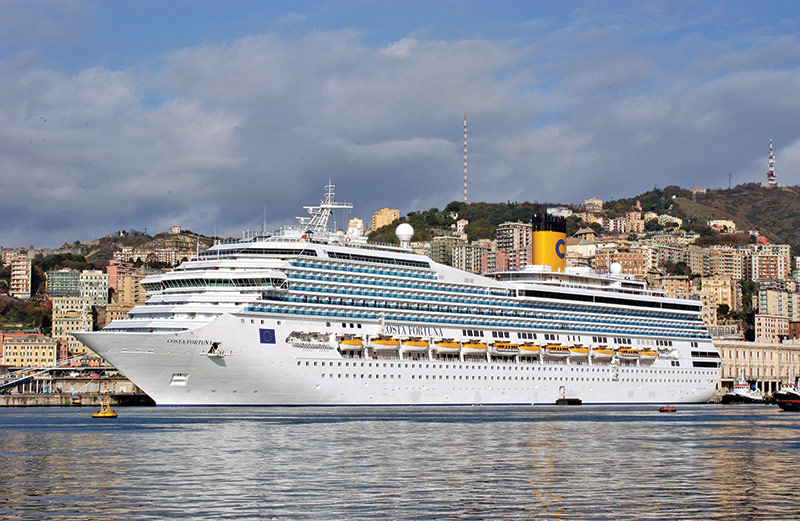 Costa Cruises is cancelling most of Costa Fortuna’s schedule for 2023 and 2024.

According to a statement sent to booked guests, all cruises planned for the vessel between April 2023 and April 2024 will no longer take place. A new deployment is expected to be announced shortly.

“Following a periodic assessment of our programs for the next season, we are reconsidering Costa Fortuna’s program in Turkey,” the company said.

After its upcoming winter season in South America, the 2003-built ship was set to launch a series of Eastern Mediterranean cruises departing from Istanbul.

Picking up the deployment from the Costa Venezia, which will be transferred to the new Costa by Carnival concept in early 2023, the Fortuna was slated to offer seven- and 11-night itineraries to Greece, Turkey, Israel, Egypt and more.

According to the statement, the cruises are being cancelled as a result of international restrictions.

“The product is ideal for some nationalities which, under the current scenario, cannot have access to it,” the company explained.

Booked guests will soon receive all the relevant information and compensations related to the cancellations, Costa added.

“The ship will continue to operate its program of short cruises in the Mediterranean through November 20, 2022. Then it will make its way to South America, where it will spend the entire winter season as originally planned, offering eight-night cruises to Argentina, Brazil and Uruguay,” the company said without revealing plans for the vessel after the mentioned period.

Following a two-year hiatus, the Costa Fortuna resumed service in June for a series of Northern Europe summer cruises.

Sharing the design of Carnival’s Destiny Class, the 110,000-ton vessel originally debuted in 2003.

Drawing inspiration from the grand Italian liners of the past, the ship features interiors designed by the architect Joe Farcus, in addition to a range of public areas and facilities that include 11 bars, four restaurants, a three-deck theatre and a pool deck with retractable glass roof.