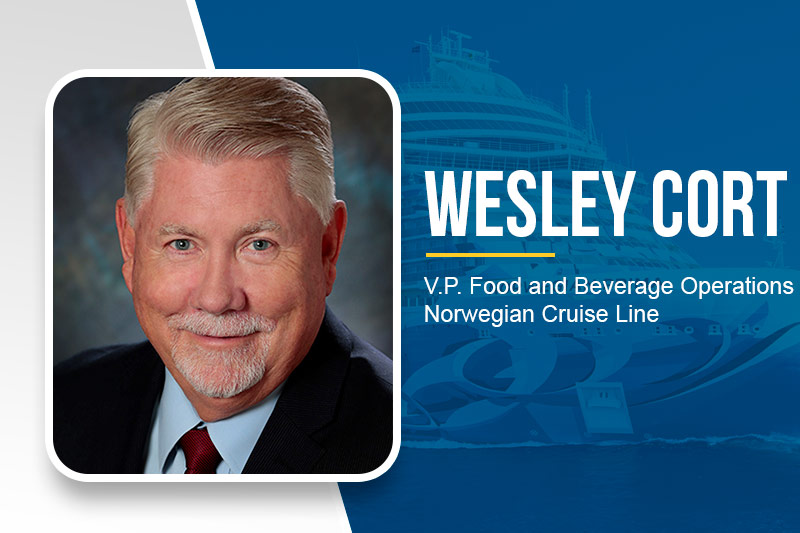 The Indulge Food Hall aboard the Norwegian Prima has been among the early highlights following the ship’s debut in August.

“Doing the (food hall) concept on a cruise ship had some things we weren’t sure were manageable or we were going to be able to execute. However, it has worked out phenomenally,” said Wesley Cort, vice president of food and beverage operations for Norwegian Cruise Line. “It has been the biggest surprise to us by far.”

The ease of ordering via tablet and how fast the food comes are among the highlights, said Cort, who also underlined the number of cuisine options. 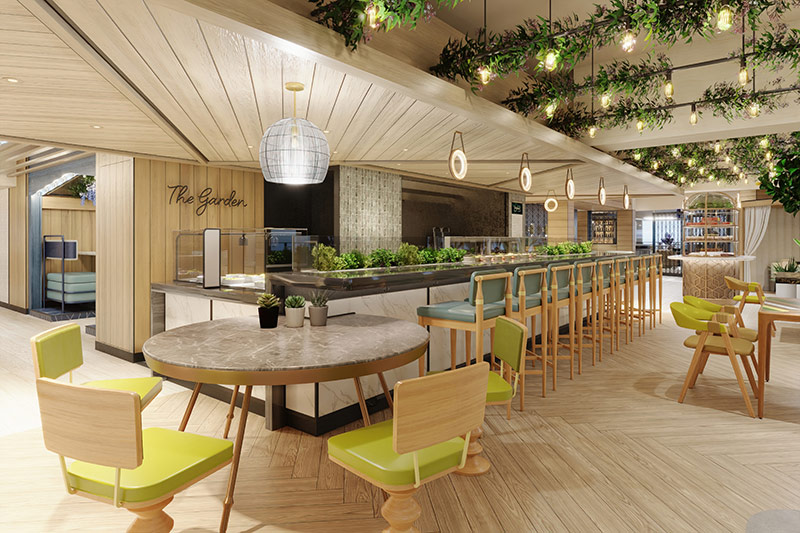 “It’s the one concept that we developed, that by far, has gotten the most amazing guest response.”

Cort said a guest could dine in Indulge every night during a standard week-long itinerary and “never come close to having the same thing twice.”

The 11 options combine for over 120 menu items, with different menus for breakfast, lunch and dinner. The options range from Indian cuisine to noodles and Starbucks. There are even two authentic food trucks which Norwegian bought and repurposed for the space.

Cort also pointed to Hudson’s, one of the ship’s two main dining rooms.

“If you’ve been in Hudson’s, it is the most glamorous room I have ever seen,” said Cort. “What we have done with the main dining room, aside from the beauty of the design, is the menu concept for dinner.

“What has happened in the cruise industry over time is that ships were much smaller 10 or 13 years ago. When ships were smaller there were not as many dining rooms, so the main dining room had to facilitate most of or guests’ needs, and menus needed to vary all the time and needed to be different every single day,” he continued.

“That is not the case any longer. We have 20-plus dining concepts on the Prima and the main dining room menu that we have on Prima is the same menu every night. It doesn’t mean here is not a lot of variety, as we have expanded the menu.

“The philosophy is that we have the same menu all the time as restaurants do in land-based operations, you can better execute the food. Our cooks can learn the recipes and prepare it better and to the point where it is excellent every single night.”

There are also new vegetarian and plant-based options, Cort said, which were receiving what he said was good feedback.

Elsewhere, there have been slight adjustments in Norwegian Cruise Line favorites.

“In Cagney’s (the line’s steakhouse), all the beef items are certified angus beef,” Cort explained. “We also went back and re-visited every single recipe in Le Bistro and made sure they are as authentic as they can be.”