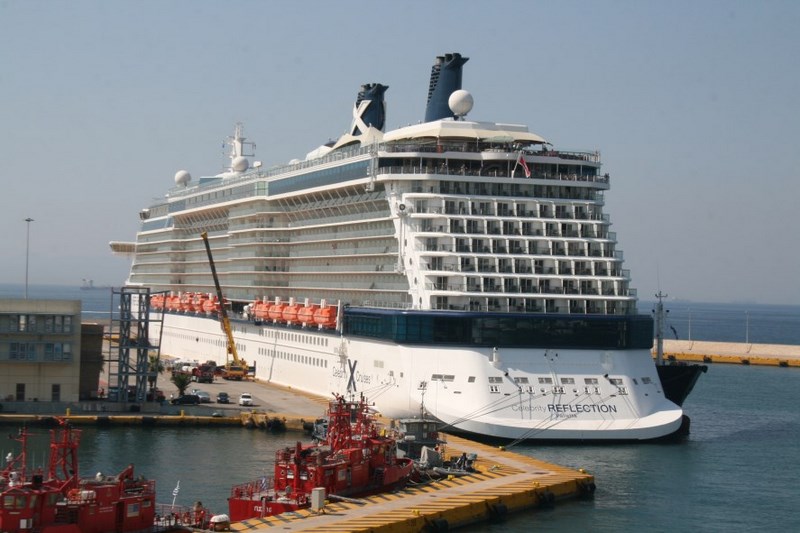 On the day, the Reflection departed from Amsterdam, Netherlands, on its inaugural voyage – a nine-night cruise to Barcelona, Spain.

After a short season in the Mediterranean, the Celebrity Reflection crossed the Atlantic for the first time in late November.

Before departing on its inaugural Caribbean cruise on December 8, the vessel was christened at a special ceremony in Miami.

All were employees of the company at the time and, according to Celebrity, had remarkable life achievements, including overcoming breast cancer.

During its maiden season in North America, the Celebrity Reflection offered seven-night cruises to the Eastern Caribbean. The itineraries, which departed from Miami, featured visits to St. Maarten, Puerto Rico, St. Thomas, St. Kitts and more.

Slightly larger than the previous four Solstice Class vessels, the Reflection was designed with an extra deck and new public areas and cabins.

In addition to the main features of its sister ships – that included a deck with real grass, a glass-enclosed pool deck, and five specialty restaurants – the 126,000-ton vessel introduced new features.

Among them is the Lawn Club Grill, where guests can select and grill their own meats side-by-side with Celebrity’s expert chefs.

Another new feature was the Reflection Suite, a two-bedroom accommodation with a total of 150 square meter and a 18-square-foot veranda, as well as a distinctive, all-glass shower extending out over the edge of the ship.