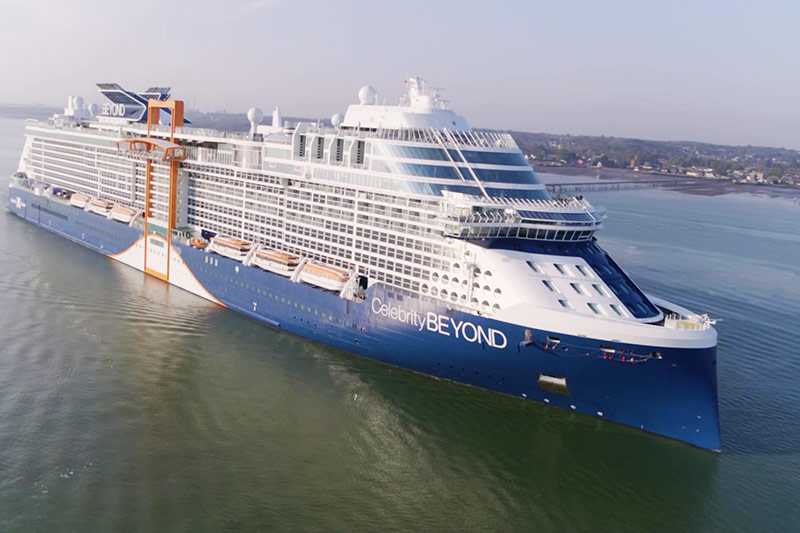 Celebrity Cruises and NBCUniversal have partnered on an upcoming episode of Bravo’s “Watch What Happens Live With Andy Cohen” onboard the Celebrity Beyond, according to a press release.

This episode features host Andy Cohen and all five captains from Bravo’s successful “Below Deck” franchise, including Lee Rosbach, Captain Sandy Yawn, Captain Glenn Shepard, Captain Jason Chambers, and Captain Kerry Titheradge. The feature will air on Bravo on Tuesday, November 1, and will be available to stream the following day on Peacock, according to NBCUniversal.

“The partnership opportunity with NBCUniversal and Bravo was meant to be from the start. We both wanted to do something that hadn’t been done on a cruise ship before, so using our newest ship, Celebrity Beyond, as the backdrop, filming Watch What Happens Live With Andy Cohen on our ship was the perfect opportunity,” commented Michael Scheiner, chief marketing officer, Celebrity Cruises.

Through this partnership, NBCU will provide Celebrity Cruises with advertising elements such as custom content promotion produced by NBCU’s partners, as well as additional content on Twitter following the episode’s airing. In addition, during the broadcast, Celebrity’s captain Kate McCue will also play a nautical-themed game with fellow “Below Deck” captains.

“I cannot think of a more iconic way to celebrate and bring to life the spirit of our very own, Bravo’s Below Deck – than by channeling my inner Captain at sea,” said Andy Cohen, host and executive producer, Watch What Happens Live with Andy Cohen.

This collaboration between NBCUniversal and Celebrity Cruises demonstrates the media company’s commitment to partnership in action, as One Platform senior vice president, creative & development, advertising & partnerships Jamie Cutburth noted. “At NBCUniversal, we are constantly looking around every corner to find new, unexpected ways to share genuine stories with our audiences in collaboration with powerful, world-leading brands.”