Carnival Radiance Offers Its First Ever Cruise to Hawaii 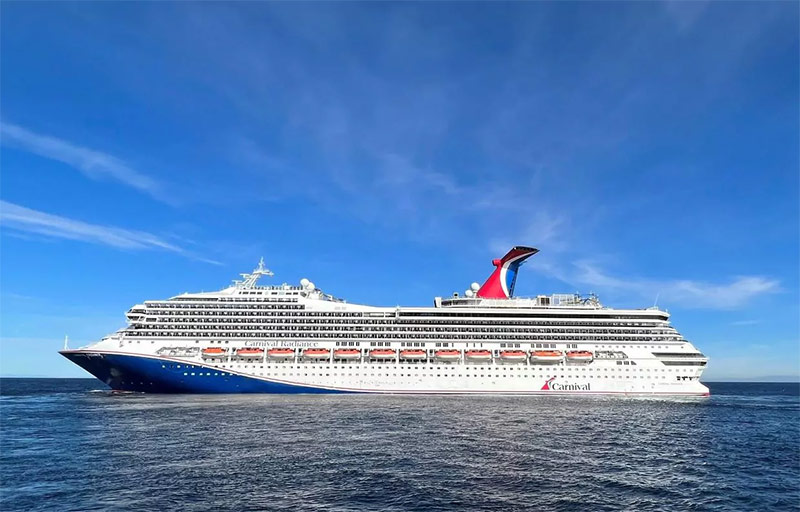 The Carnival Radiance is currently sailing its first ever cruise to Hawaii.

Temporarily moving away from its regular schedule of short cruises to Baja California, the Carnival Cruise Line vessel departed Long Beach for the 14-night journey on Oct. 16.

The itinerary sails to Honolulu, Kahului, Nawiliwili and Hilo, and also includes a short call to Ensenada, Mexico, before returning to Carnival’s homeport in the Los Angeles area.

Originally set to be offered by the Carnival Miracle, the cruise was transferred to the Radiance in May.

At the time, Carnival said the change of ship was necessary due to required drydock maintenance on the Spirit-Class vessel.

Before resuming its regular program of three- and four-night cruises to Catalina Island and Ensenada, the Radiance also replaces the Miracle on a five-night voyage to the Mexican Riviera.

Sailing from the Long Beach Cruise Terminal, the cruise is set to depart on Oct. 30 and includes visits to Ensenada and Cabo San Lucas.

The Carnival Radiance debuted in December 2021, kicking off the program of short cruises in the West Coast ever since.

Formerly the Carnival Victory, the 2000-built vessel was completely rebuilt as part of a $200-million refit that included new public areas, cabins and features.

Other new features included the Heroes Tribute Bar, which salutes those that serve in the Armed Forces, and the Liquid Lounge, home to Carnival’s award-winning Playlist Productions shows.

With capacity to nearly 3,000 guests, the Radiance is part of Carnival’s three-ship Sunshine Class.