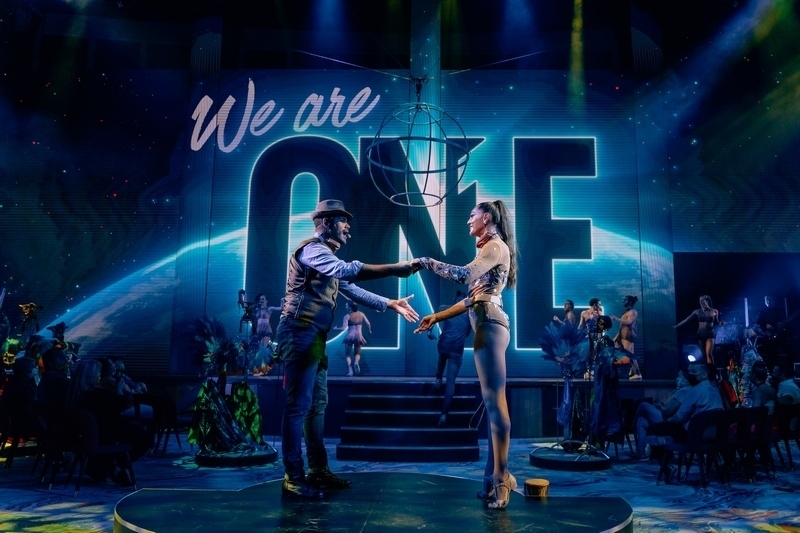 Carnival Cruise Line has unveiled its entertainment program onboard the Carnival Celebration which will debut this November, according to a press release.

Entertainment options on Carnival’s new ship include theatrical and circus plays, game shows, and other forms of visual entertainment through LED screens, according to the cruise line.

“We wanted to give our guests new reasons to celebrate nights at sea with us on Carnival Celebration and have designed a collection of new shows and other types of entertainment where eye-catching aerialists, cutting-edge technology, and next-level talent will dazzle our guests every evening,” said Chris Nelson, vice president of entertainment, Carnival Cruise Line.

Highlights include The Most Magnificent Circus, a circus play about self-discovery and acceptance. Throughout the performance, wire-rigged performers will demonstrate their skills as guests enjoy a theatrical circus play with trapeze, chair, chandelier, hoop, ladder, and mirror aerial performances.

Color My World – An Indie Rock and Pop Love Story is another option available onboard the Celebration. It is an artistic love story that combines dance styles such as street jazz, hip-hop, musical theater, and ballet with indie rock and pop songs. The show will also include live painting on stage, as well as music and choreography.

The Visual Symphony show will use Celebration Central’s 16 massive moving LED screens, lasers, as well as classic rock music to create a high-tech visual performance, while the “Rio Carnival” that starts in May, will merge acting and dancing as the cast performs authentic samba, bossa nova, marchinha, batudada, forro, carimbo and capoeira.

Along with Family Feud Live, Deal or No Deal, and the Love and Marriage game shows, new additions onboard Carnival’s new ship will include the What’s Age Got to Do With It trivia show, Cash Bash, and Guess That Grove.

Playlist Productions will also present the Celestial Strings and Cuban-meets-Latin Amor Cubano shows, as well as Center Stage’s We Are One performance.