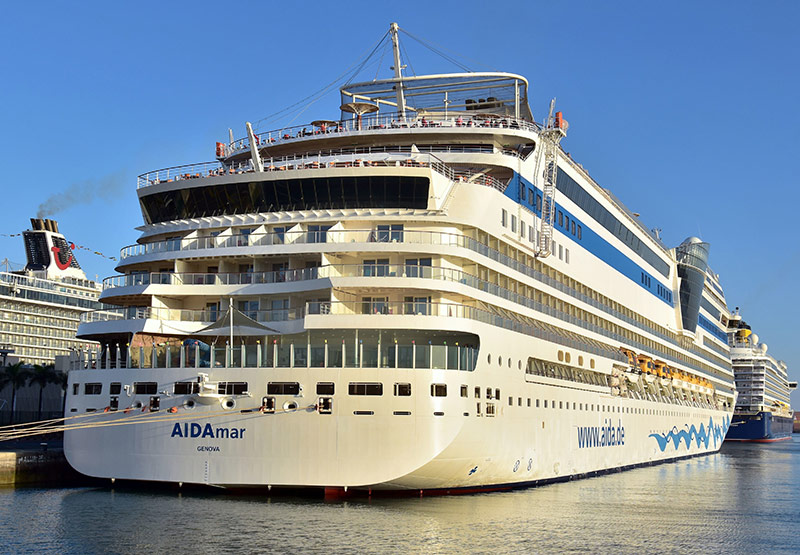 AIDA Cruises is reportedly changing ships for its 2022 world cruise. Initially set to be operated by the AIDAsol, the 117-night voyage will now take place aboard the AIDAmar, according to various reports in the German media.

The change is the result of a minor “technical adversity” onboard the original ship, said the Moin.de.

While still fully operational, the AIDAsol is currently waiting for a technical component and repairs can’t be guaranteed during the world trip, the Berlin-based news source explained.

With the AIDAmar sailing the long-haul voyage, the AIDAsol assumes the itineraries of its fleet mate, remaining in Europe while the needed repairs are carried out onboard.

Extending through April, the ship’s winter program includes cruises to Northern Europe, in addition to a series of Canary Islands and Madeira voyages.

Sailing the around-the-world cruise for the first time, the AIDAmar is now set to depart from the Port of Hamburg on October 26.

During the four-month voyage, the vessel will visit South America, the South Pacific, Oceania, Australia, the Indian Ocean and Africa.

Highlights of the itinerary include overnight stays in major touristic destinations including Rio de Janeiro, Tahiti, Sydney and Cape Town, as well as visits to remote places, such as the Easter Island, Tonga and the Cape Verde Islands.

In addition to similar cabins and suites, the vessels also offer the same amenities and public areas which include AIDA’s trademark Theatrium.

Considered the “heart” of the ship, the three-deck atrium doubles as a showroom with a round stage, terraced decks and expansive lounging area.

Other features include the Buffalo Steakhouse, the Body and Soul Wellness Center and AIDA bar.