Seven Newbuilds Are Set to Arrive in the U.S. 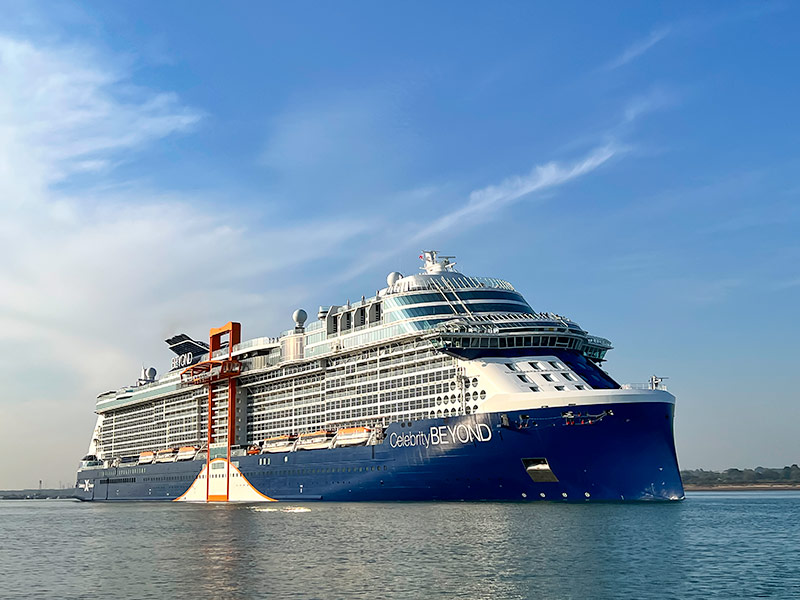 Seven new cruise ships are set to debut in U.S. market by the end of 2022.

While some of the newbuilds are leaving the shipyard and heading straight to North America, other vessels have initially entered service in Europe before arriving in the U.S. for the winter season.

After debuting recently in Iceland, the Norwegian Prima is arriving in New York City on October 5. First in a new series of ships known as Prima-Class, the  3,125-guest ship will sail an “inaugural tour” during the winter season, offering itineraries from four different U.S. homeports.

The Celebrity Beyond is set to debut in North America this winter. After entering service in Europe back in April, the third Edge-Class vessel will arrive in New York City on October 24, ahead of a season of Caribbean cruises departing from the Port Everglades.

A sister to the 2021-built MSC Seashore, the MSC Seascape is debuting in North America with a series of cruises departing from Miami. The newest MSC Cruises vessel is heading to the United States soon after leaving the shipyard and arrives in New York City – where it will be christened – on December 5.

The newest Viking ship is heading to the United States this December. After debuting in the Mediterranean in November, the Viking Neptune will cross the Atlantic on its way to Fort Lauderdale. The luxury ship is then set to kick off a 137-night world cruise – which will also visit Los Angeles, Santa Barbara and two ports in Hawaii.

A second Virgin Voyages vessel is arriving in Miami for the winter season. After being delivered in 2021 – and officially entering service earlier this year in Europe – the Valiant Lady will offer a series of week-long cruises to the Caribbean starting on October 30.

The new Silver Dawn is debuting in North America in December. After launching service earlier this year in Europe, the 2021-built ship will be based in Fort Lauderdale for most of winter, offering a series of Caribbean itineraries.