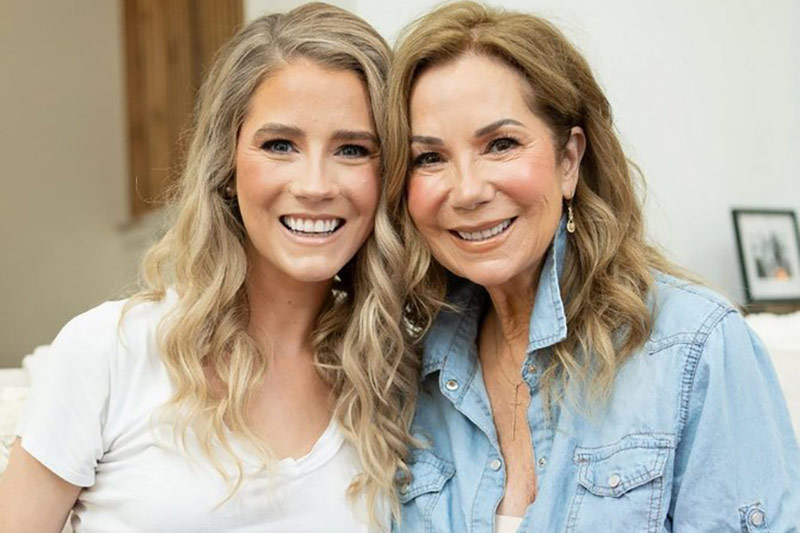 In a video released today, she was surprised with the news by her mother Kathie Lee Gifford, who was Godmother to Carnival Celebration’s namesake, M/S Celebration, christened in 1987, according to a press release.

Her mother served as Carnival’s spokesperson in the company’s television campaigns going back to the 1980s, which were the first such network broadcasting advertisements for the cruise industry. Kathie Lee is also a four-time Emmy Award-winning television personality.

Cassidy first started sailing on Carnival as an infant and has many childhood memories of vacationing on Carnival ships with her mother and her father, the late Frank Gifford, who was an NFL and sports broadcasting legend.

“Carnival Cruise Line has been a huge part of our family with my earliest memories taking family trips on Carnival ships,” said Cassidy Gifford. “And now to be asked to be Godmother of the namesake ship to the one my mom christened is truly an honor and a blessing.  There was no hesitation when my mom asked me, and I can’t wait to see this amazing ship in Miami in November.”

“I was Carnival’s spokesperson for nearly 20 years starting in 1984, a time when I got married and had my children. They joined me on many television shoots on Carnival ships, so we have so many great memories,” said Kathie Lee Gifford. “To be able to pass the torch to my daughter Cassidy as she is named Godmother of the new Carnival Celebration makes me so happy, I almost cried!”

Cassidy has been acting from a young age and is best known for her work in the box office hits God’s Not Dead and Warner Brothers’ The Gallows. She has appeared in many other television and film roles, even winning the prize for Exceptional Emerging Artist at the 2018 Hollywood Film Festival. She currently lives with her husband in Nashville, Tennessee.

“Since our founding in 1972, Carnival Cruise Line has carried generations of guests and has helped millions of families make lasting vacation memories,” said Christine Duffy, president of Carnival Cruise Line.  “As we cap off our 50th Birthday festivities with the arrival of Carnival Celebration, we are so pleased to also extend our relationship with another generation of the Gifford family and honored that Cassidy will serve as the ship’s Godmother.  I can’t wait to welcome Cassidy and Kathie Lee on board and show off this beautiful new ship.  So much has changed in our industry and our company over the past 50 years – it gives new meaning to those words Kathie Lee sang for Carnival – ‘if they could see us now!'”