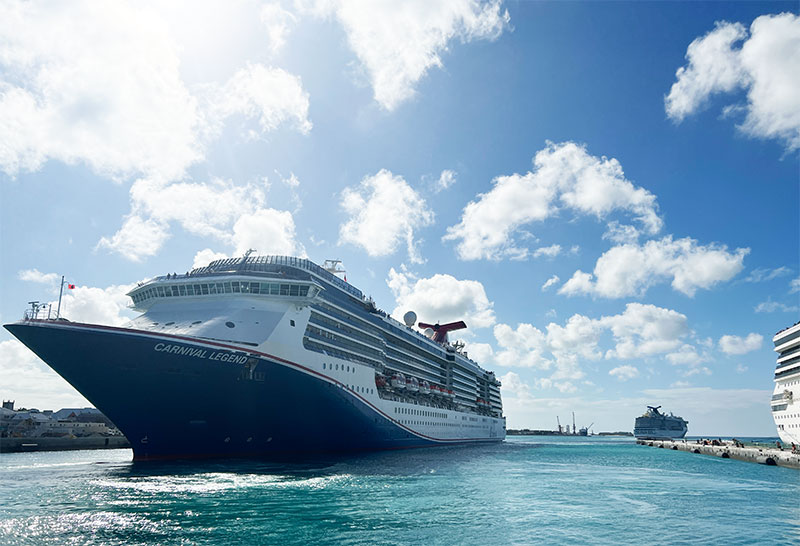 Twenty years ago, the Carnival Legend arrived in New York City for its debut in the United States.

The first of two cruise ships that entered service for Carnival Cruise Line in 2002, the Spirit-Class vessel docked in a stateside port for the first time on September 22, 2022.

On the day, the Legend concluded a 15-night transatlantic crossing before kicking off its first cruise to Canada and New England.

The 2,100-guest vessel then arrived in Fort Lauderdale – the homeport for its first winter season in the Caribbean – in November.

Prior to its arrival in the United States, the Legend became the first Carnival ship to offer cruises in Europe.

Soon after being delivered from Kvaerner Masa-Yards in August, the ship sailed two different cruises to Northern Europe and the Baltic.

Designed with a multi-deck atrium, a glass-enclosed pool deck and a large number of cabins with private balconies, the ship underwent a major refurbishment in 2014.

The multi-million-dollar renovation included the additions of the Green Thunder, one of the steepest and fastest waterslides at sea; the tropics-inspired RedFrog Pub; and a full-service sushi restaurant called Bonsai Sushi.

Currently sailing from Baltimore, the Legend last saw a drydock in 2021. At the time, it received Carnival’s new livery, as well as general maintenance and upkeep.